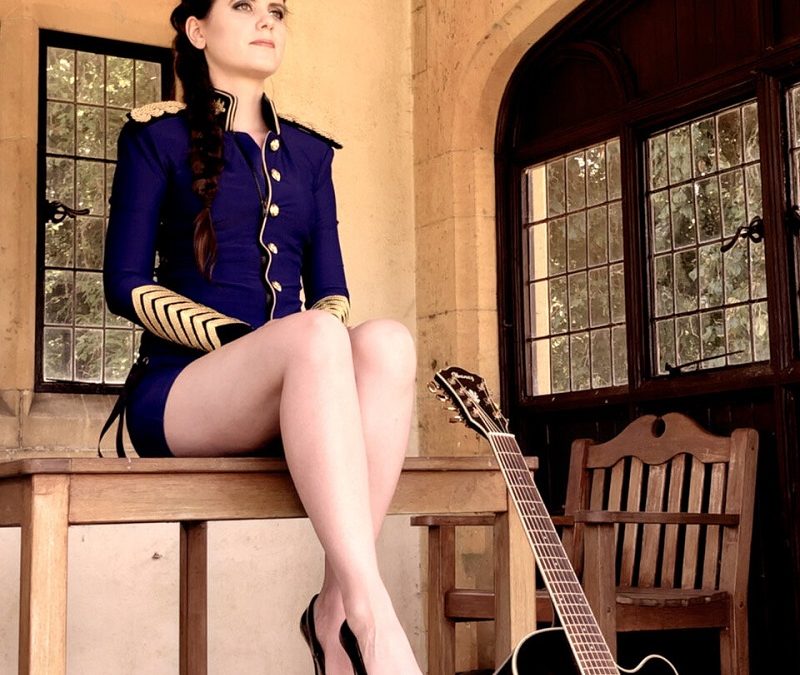 Norwegian composer and musician THE COMMANDER-IN-CHIEF have been an active artist for just over a decade, becoming known as a shredder and metal guitarist of note initially but then reorienting her career in what might be described as more of a classical and crossover tradition. “Berit, Vol. 2” is her latest album, and was self released in the summer of 2020.

The initial impression some may get when they start to listen to this production is that this is more of a high brow, high culture production. The classical music elements of this production kicks in straight away with the commander’s vocals, which at least for me strikes me as a perfect example of a vocalist that has a good few hours of classical vocals training in her system. The delicate but tight, almost dry guitar tones kind of emphasize that aspect of the album too, at least for a bit.

It doesn’t take all that long before other elements start to appear however. Even on a sparse album as this is, often purposefully restrained with vocals and either a guitar or the piano supporting the singing, elements from other genres start appearing too. From what I think I hear, blues-oriented details are most prominent in the grooves and patterns of the guitar playing, although as a mere layman in music I might be mistaken there. The same goes for some of the phrasings in the vocals, that for me strikes me as having a more earthy feel to the patterns even if the voice itself is crystal clear in more of a classical tradition. Occasionally we get some deft guitar solo details thrown in too that arguably have a bit more of a jazz flow to them, and a few select brief moments of dampened, distanced metal style guitar is present as well. There are also certain details that to my perception at least have more of a subtle rock music shade to them, although never in what I’d describe as a dominant manner.

This is all fine and dandy of course, but there’s a little bit more to this production as well. There are whimsical moments and indeed whimsical songs here that adds a more down to Earth and relaxed spirit to the mood and feel of the album experience. We get a classic singer/songwriter number to break up the mood and spirit a bit, as well as a more purebred classical vocals and piano piece. Another cut is pretty much more of a musical oriented affair, but flavored with some spoken vocal parts that gave me associations to the good, old Rocky Horror Show, and the artists descriptions about travelling back to Norway is probably more of a cabaret piece – and unless I’m much mistaken this song is a rather hard gut punch directed at every day racists as well.

At the very end of this concise production the commander decides to compile what is possibly the most broadly engaging creation on this production as whole, with an engaging groove running as the foundation of a song that contains the classical crossover to mainstream going in a richer, more layered manner, and touching base with an artist like Kate Bush along the way too.

To my mind at least, “Berit, Vol. 2” is an album that exists on the borders between classical music and mainstream music, gleefully painting pictures of landscapes that draws in elements from both of them. A crossover affair blending elements from classical music and pop/rock, with possible undertones of blues and occasionally jazz thrown in for good measure. The blues aspect perhaps an accidental one, as blues of course is the foundation for rock music in the first place. This is a strong and accomplished album on all levels, without any weak spots apart from what your personal taste in music dictate, and the musicianship, as well as the lead vocals, are all excellent. And in my opinion, this is a production well worth a visit by those who are intrigued about the meeting points between classical music traditions and more mainstream oriented music traditions.