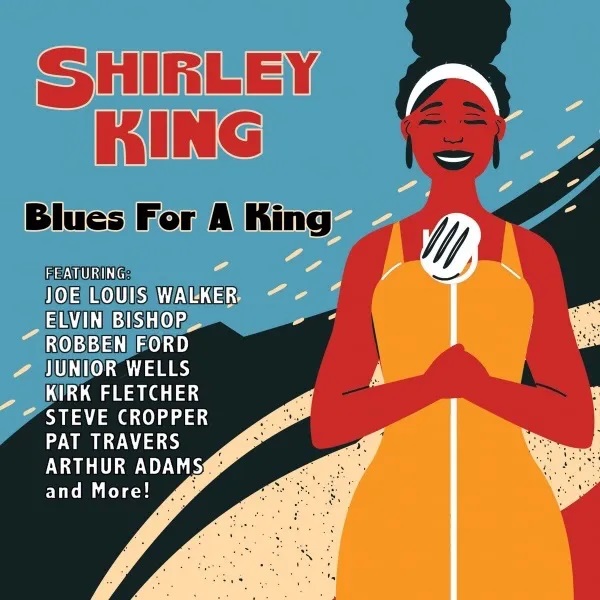 Being the daughter of one of the most influential bluesmen of all time is both a blessing and a curse, as while there is no doubt B.B. opened some doors for her there would have been a weight of expectations thrust upon her as well. Known as the ‘Daughter of the Blues’, this album finds her both in fine voice and fine company. Guests include the likes of Joe Louis Walker, Robben Ford, Junior Wells, Pat Travers, Elvin Bishop and even Martin Barre, not a guitarist normally associated with this kind of music, but who shines on Traffic’s “Can’t Find My Way Home”. That is not the only Traffic song included, as Duke Robillard accompanies her on “Feelin’ Alright?”, while we also get the likes of blues classics “Gallows Pole” and “Hoodoo Blues Man” and the soul hit “Johnny Porter” (originally by The Temptations). When she was just 13 King met Etta James and was so inspired that she took her as her musical role model, and the album closes with a powerful version of Etta James’s wonderful “At Last” (which features none other than the mighty Steve Cropper).

There are many different types of soul and blues on this album, and a stellar list of musicians, but at all times it is her voice that shines. “Feeling Good” contains wonderful orchestration, great bass, and killer licks from Robben Ford, but it is always King who is in total control. This an absolutely essential album to anyone who enjoys R&B, Blues, Gospel, Soul, or just wonderful vocals from someone who was born and raised in the blues and deeply appreciates its history. She has worked with kids as an artist-in-residence with the highly acclaimed Urban Gateways Arts in the Schools Program at Chicago Public Schools and continues to expose school children to the history blues has played in American culture. Realistically, all she needs to do is point people at this album as for any lover of the genre this is simply divine.