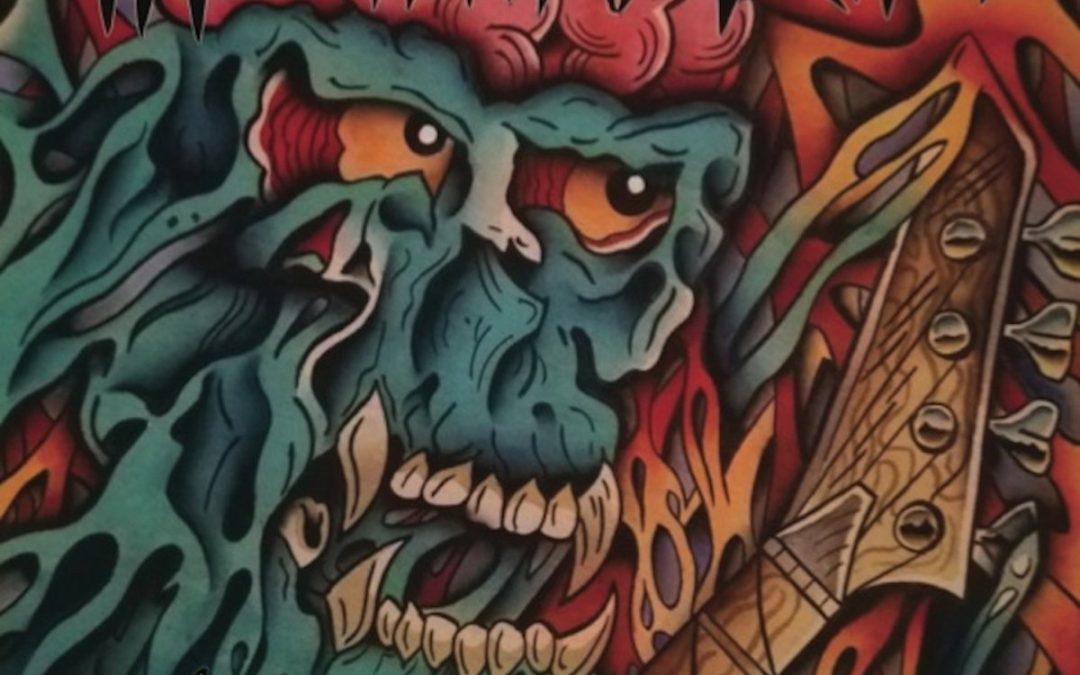 This is the debut album by NYC-based The Third Kind, a hardcore/punk/thrash crossover unit comprised of drummer Brian Shonen (Bastard Clan, ex-Awkward Thought, On The Offense, Run Like Hell), bassist/vocalist Richard Muller (Vise Massacre, Great Planes, The Last Crime), and guitarists Taras Apuzzo (All Out War, Bastard Clan, ex-Strap Hangers) and Mike Gordon (Big Gunz, Shiro And The Raw Dogs). Eight songs in less than 23 minutes, here is a band in a hurry, and they even look back to one of Muller’s old bands as they close the album with a cover of Vise Massacre’s “Hail To The Wicked.”

This is straightforward in your face crossover, taking the punk attitude and mixing that with hardcore groove and thrash riffs to create something which is loud and uncompromising. The guitars are locked together for the most part, sometimes splitting into harmonies, but generally setting the stage by locking down and riffing hard, and it is often left to the bass to provide some melodic counters while the drums are always in your face. Unusually I did not get a press release for this album, but I did get sent the lyrics which shows how proud they are of their message, and here is a band with a science fiction bent who also are not afraid of standing up for what they believe in. Musically this may come across as one-dimensional at times, but overall, this is something that fans of the crossover hardcore thrash scene ought to look out for.