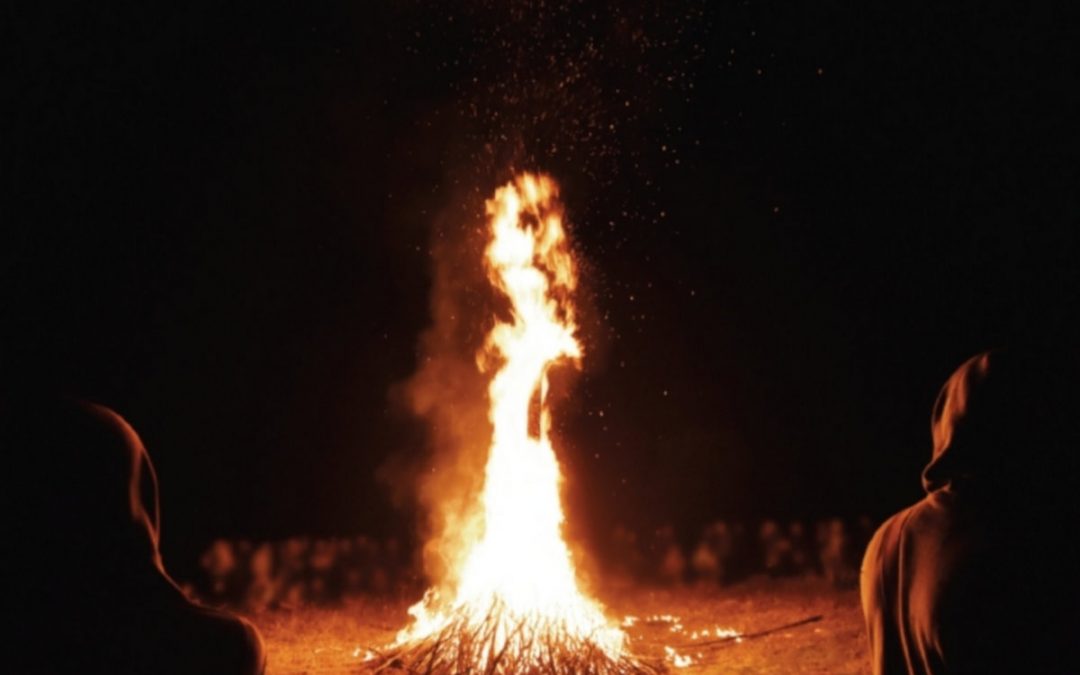 A few months back I heard from Stéphane Maxime, who asked me if I wanted to hear the album by The Wicker Man. He has amended the name to The Wicker Man 73 because a Ukrainian band used “The Wicker Man” first and of course any searches for the title brings back lots of information on the classic 1973 horror film of the same title, so even using the proper name can be somewhat awkward when searching for information, but I discovered that if I added “Bandcamp” then I could get to the right page. According to Bandcamp all instruments, loops, samples & programming are by Joan ᛒ, with guest vocals by Nix Crow, but that is all I really know about it. One of the reasons for trying to dig out information, is this quite a remarkable album, and I am quite at a loss as to how to describe it.

I think I would have to say world music, and folk, and ethnic, and then sort of give up after that. I am not sure what instruments are synthesised and what are real, but the use of unusual stringed instruments and percussion working in non-Western ways is incredibly dramatic. I am not sure if it is the picture of a fire on the cover, but it certainly makes me think of being outdoors, and just when I think I am in a desert somewhere in comes the sound of a church organ/accordion to confuse me even more! This is incredibly dramatic, with sounds of oboe, flugelhorn and strings contrasting against deep drums, while cello also makes an appearance. It is so outside my normal musical field of reference that I am quite at a loss. Parts of it make me think of Gryphon, but in a middle Eastern way as opposed to medieval UK, and others have me in slap in the middle of a kasbah. This really is an album which is incredibly visual and brings in the smells and images of a souk. Due to the name this is going to be quite a hard album to seek out, but at just € 7 EUR it really is a bargain for those who want their music to be outside the mainstream yet still incredibly melodic and enjoyable on the very first time of hearing.