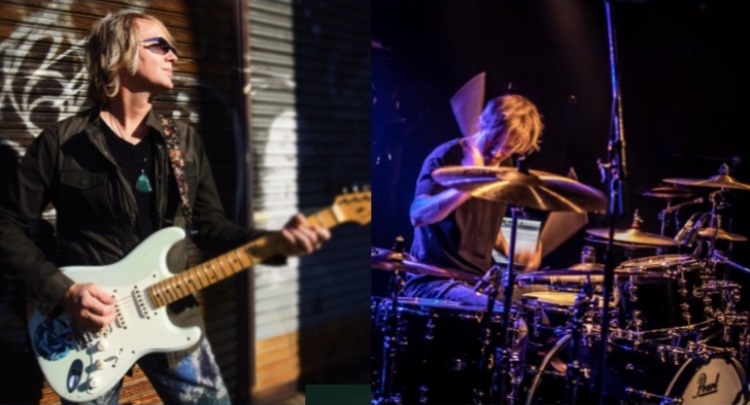 The band will be plugging in for a 2-hour set from the Baked Potato in Studio City, CA where the trio has been regulars for the past two decades. COSMOSQUAD foundersJeff Kollman (ALAN PARSONS, GLENN HUGHES) and Shane Gaalaas (DIESEL MACHINE, B’z) will be joined by Corey McCormick (CHRIS CORNELL, PETER FRAMPTON) who is subbing for Kevin Chown on bass.

Live stream tickets can be purchased for $11.00 from the Baked Potato website at https://www.thebakedpotato.com/cosmosquad-livestream/. The purchase includes access to re-watch the concert for up to 24 hours starting at 9:00am the next morning. The post-live event video-on-demand option is priced at $13.00. Limited patio seating at the venue is available from 6:00pm for dinner and drinks.

In related news, guitarist Jeff Kollman recently took part in a tribute to the late Eddie Van Halen – hosted by Craig Garber of Everyone Loves Guitar – sharing thoughts and memories of the iconic guitar great. The podcast can be heard here: https://www.everyonelovesguitar.com/2020/10/17/eddie-van-halen-tribute/; the video version can be found on YouTube at: https://youtu.be/nPnD4k0StXM

States Kollman: “I always wondered, “when am I ever gonna run into King Edward”. It almost happened in 2008 when COSMOSQUAD was playing at his Frankenstein guitar unveiling but he was in no shape to hang, jam or anything. I finally did get to meet my hero when I played a private event held by Fender CEO Larry Thomas in 2013 where Tony Franklin (BLUE MURDER, THE FIRM), Chris Layton (STEVIE RAY VAUGHAN, ARC ANGELS) and I were the backing band for a number of stars. Edward was on the bill as well. It was great to play and have him standing there listening. He didn’t sit in with us and did more of one-on-one Q&A with Larry. He played fantastic, of course – very free flowing and showing off his tapping techniques. When he walked off the stage, he looked at me and showed me his hands as they were shaking. He said, “Can you believe I still get nervous even AFTER the gig?!” My jaw dropped thinking, “Wow, he must feel so much pressure to fill the shoes of the legend that he created.” At first, I was thinking I should be nervous for God’s sakes – I’m playing and, holy shit, Eddie is right there! That night, EVH charged my batteries once again. SO INSPIRING! I ended waiting 7 years before I finally received from the photographer the only pic of us together that day. It came the day after he passed away. Very bitter sweet.” 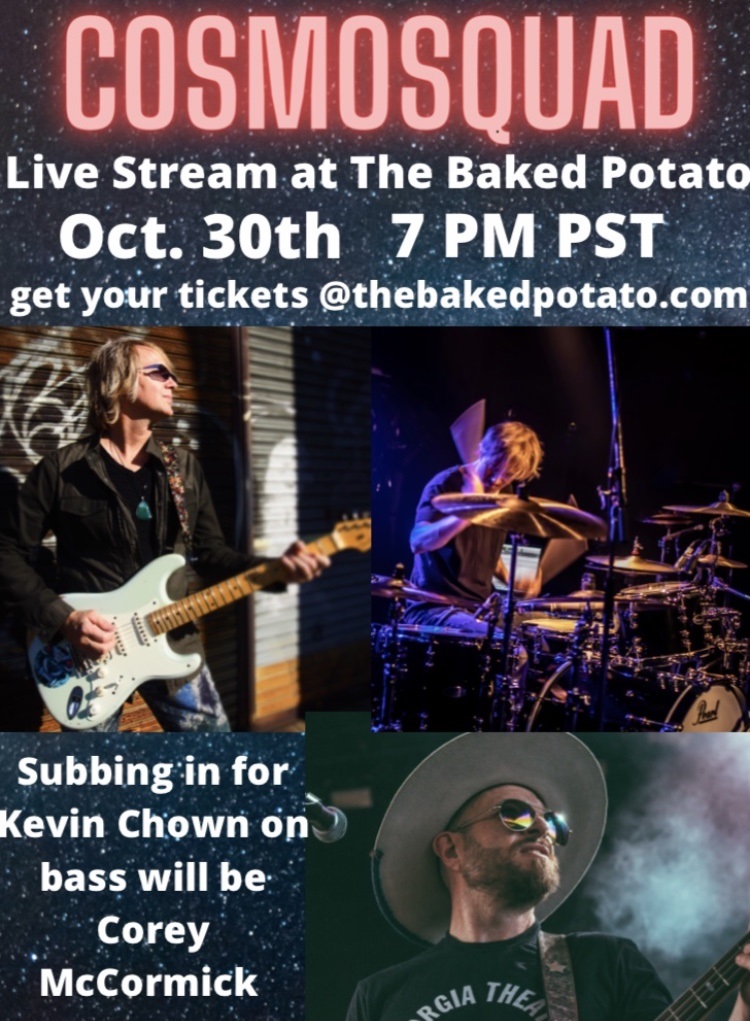