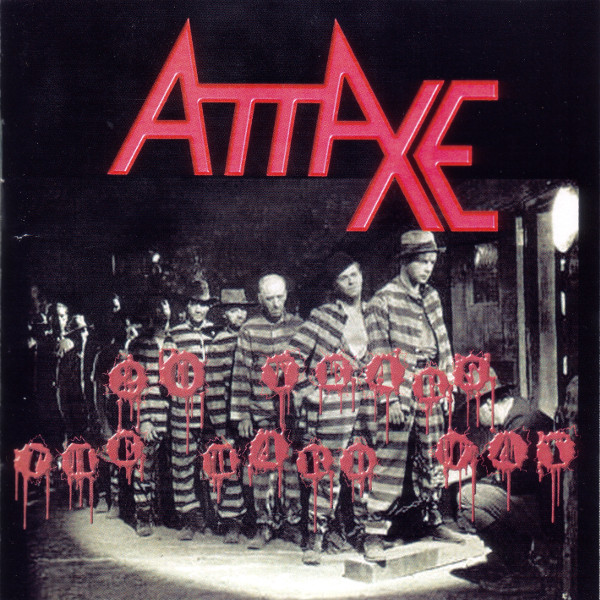 Back in 1985 some guys together in Cleveland, Ohio, to form a band heavily inspired by the NWOBHM movement out of the UK. A year later they released their first demo tape, and then followed the usual pattern of line-up changes, more demo tapes, with their final release coming in 1990. This compilation was originally released in 2006, containing 15 songs, and it has just been reissued by Pure Steel. The band is apparently still going, although there have been a few breaks throughout the years, with singer Juan Ricardo the only constant while founder member drummer Steve Sinur has recently returned after a fifteen-year sabbatical.

The album sounds exactly like one would expect from the period, 80’s NWOBHM, and recording levels do go up and down a little as do the quality of the songs, but given these were originally all taken from low budget and low key demo recordings that is to be expected. Attaxe are one of those bands who could have become a well-known name as there are some strong numbers and given the right push and exposure they would undoubtedly have grown, and in Ricardo they have a strong singer who can hit Halford heights when he needs to. Certainly, one has to wonder why there has been no new material since 1990 given they are active, as songs such as “Out of the Storm” are vibrant, hard-hitting, and a total blast. That was the first song on their first demo in 1986, so I am amazed they did not get grabbed by the likes of Metal Blade. This is an interesting compilation from a band who should have been far more widely known and hopefully this reissue will get the band back in the studio.