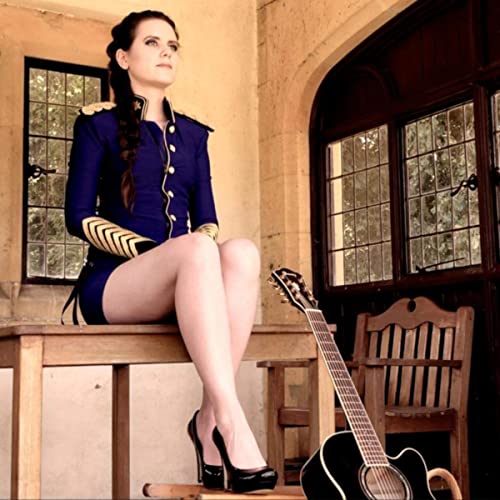 Berit Hagen is best known as being a shredder, but here she has gone for a totally different approach where she accompanies herself on either acoustic guitar or piano. Here she can be found bringing together both classical and modern styles, in a manner which is both compelling and unusual. Having a mother who is an opera singer means she has always been around classical music, and she has also has a professionally trained voice which is somewhat reminiscent of Kate Bush, and is proud that no auto tune was used on the album whatsoever. Although born in Norway, she left the country when she was six when her mother went to Verona to perform, and she even performs one song, “Non Si Sa Mai”, in Italian (apparently Berit is fluent in four languages).

The guitar being utilised is played fare more in classical style as opposed to modern acoustic/singer -songwriter, and the same is true of the piano. But it is not a serious album, although there are numbers which are more complex in manner and approach there are also some that are far more whimsical and light-hearted. One of these is “The Manager” where Berit lets loose on her mother for demanding so many changes to a song that she rewrote it to show just what it is like to have her mother as her manager. It makes me smile each time I play it, and simple elements such as bringing the vocals forward when singing about them being higher in the mix, and pushing them to the back when they are supposed to be lower is both twee and inspired. It is moments like this and “Trailer Trash” and “(Go Back To) Norway” which take the listener in a slightly different direction, and I soon found that even though I enjoyed the album the first time I played it this is very much a grower and gets better with repeated listening. She has a wonderfully clear vocal style, and one does not need to have a booklet to be able to easily follow the stories she is telling.

It is clear and clean, yet also warm and compelling, and the result is a fresh sounding album which is going to be of interest to fans of Kate Bush’s style in particular, with vocal gymnastics always exciting and somehow perfectly fitting to the music as opposed to being extraneous. It may not be for everyone, but I enjoyed it immensely.