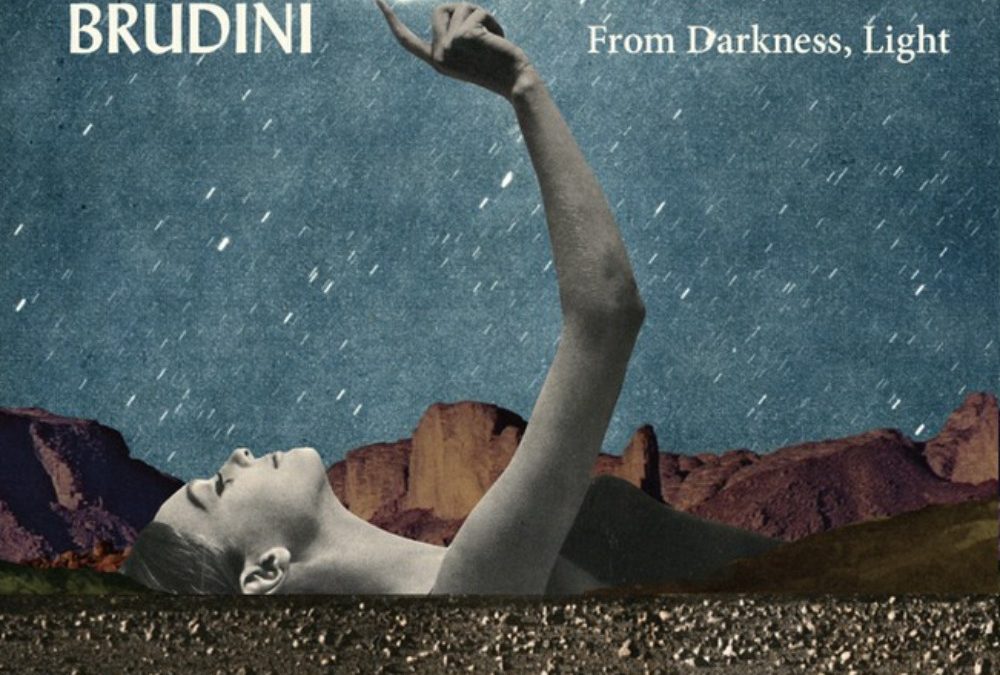 Every now and then somebody new and quite different comes to your attention, which can be quite rare in this extensive world of pop and rock music. An artist who certainly meets this criterion is ‘Erik Brudvik, a Norwegian guy living and working in London. He has an Intriguing singing and oratory style that literally draw you in like a magnet. However, Erik’s voice is, by no means, trained or traditional in any sense but his delivery has a lovely warmth and delicate charm that is both original and intriguing.  In addition, he is a fine songwriter, excellent pianist, whacky guitarist and a talented musical arranger.

From the modicum of research material available on the internet, ‘Eriks’ debut album ‘From Darkness, Light’, would seem to be a  reflection of his s own life story; that of losing a successful business coupled with the ending of a long term relationship. Such a gloomy period in his life culminating in the realisation that his musical talents offered him  a pathway to  artistic rewards simply by transferring his painful  experiences into song as his ultra-ego ‘” Brudini” together with the oration of poems by Californian writer Chip Martin,

The album ‘From Darkness Light’ itself relays this story but central to which is the gorgeously restful yet atmospheric textured production that is totally absorbing and is the kind of music that you could play frequently without ever getting tired from listening. An album saturated with ‘Off the wall’ musical passages that are both sullen in nature and yet ridiculously sublime being packed with oodles of discordant phrasing and interesting eerie keyboard interventions.

The album comprising twelve tracks that divides into two distinct sections. Five of the tracks being the spoken word relayed over a variety of shifting musical accompaniments. The remaining seven tracks and the core of the album, that is from an instrumental perspective, featuring the piano as the central lead instrument together with oodles of heavy resonant double bass and shards of spooky organ all of which frequently prevail over a catalogue of ferocious drumming. Also making interesting forays into the proceedings are bursts of crazy psychedelic guitar that fit the mood of the music perfectly adding a whacky edge.

Deserving an extra special mention is the single lifted from the album entitled ‘Rogue Oligarch. This was originally a demo from 2019 and was completed separately in Eric’s home studio in Norway with the stupendous free-jazz brass section recorded in Istanbul and live-streamed for Erik to manipulate and fashion to a fine conclusion.

Summary: An interesting album with both excellent vocals and good musicianship throughout.  ‘Brudini is a sworn user of analogue gear for his recordings’

Music and lyrics by Brudini

Bass on Reflections, Everything is Movement Knut Jonas Sellevold

Violins on Everything is Movement Maddy Georgieva

Mastered by Jeremy Loucas on 1/2” tape at Sear Sound, NYC

.A sworn user of analogue gear for his recordings,