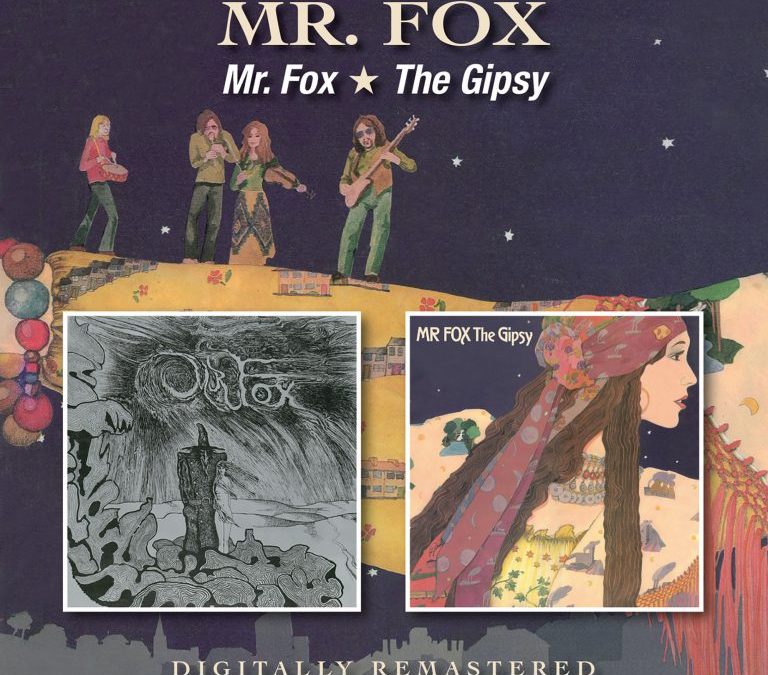 “Beat Goes On” (BGO) are without a doubt the complete masters at reissuing a whole host of musical recordings from a great variety of artists and bands from years gone by. Often being a timely resurrection of recordings which otherwise might remain lost or forgotten. Each of these productions beautifully assembled and lovingly published together with original artwork and adorned within a well-considered information booklet. The recordings are massive labour of love, both in terms of research and re-mastering. However, one thing for sure the end result is always well appreciated by music fans either as a new addition or, as is more often the case, a replacement for a vinyl item that has seen better days.

The sultry and intense musical style of Mr Fox, an early 1970s British folk-rock band, totally encaptivated the stark atmosphere and spirit of England’s rural North Country, Every song being set down as a separate tale encompassing the stress, toil and passion associated around a series of real-life human relationships and their related experiences. Soundscapes set as portraits amidst the enduring country life of the farming and village communities of the Yorkshire Dales.

Apparently seen as in the ‘second generation’ of British folk-rock acts together with ‘Steeleye Span’ and ‘Fotheringay’ they formed an important link in the development of British progressive rock by merging together rock tempos and instrumentation with folk ideals of storytelling and vocal delivery.

Bob Pegg and Carole Butler (Later Peg) met, as young folk singers, at the Nottingham Folk Workshop. It was no surprise when they started to perform together as a duo and eventually as ‘Mr.Fox’ establishing a solid reputation in the Midlands. They mainly wrote their own material in a traditional style developing odd and sometimes whacky storylines. Interestingly though they imposed a geographical shift to their material creating a distinctly ‘North of England’ slant to their material. This was especially apparent with their use of classically trained musicians and the wide variety of instruments (including electric organ, melodeon, tin whistle, terrapin, fiddle, cello, flute, clarinet, bassoon, in addition to electric bass and drums) produced a hybrid sound which was predominantly acoustic in character.

Central to the enjoyment of these Mr Fox albums are the wonderfully arranged vocals and harmony arrangements so beautifully delivered with an English folk elegance.

They disbanded in 1972 having recorded two highly regarded albums on Transatlantic and now here lovingly re-issued by BGO.

Summary: An album high in interest for aficionados of both British Folk and students of the History of Rock Music.  More importantly for the original and beautifully sculptured soundscapes relating to Northern England