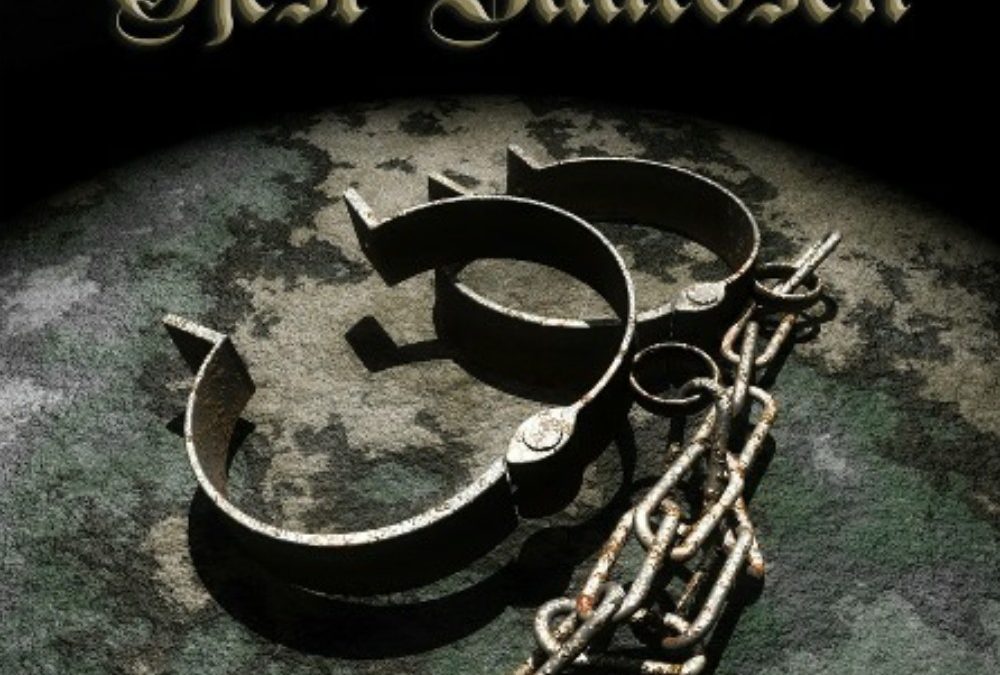 Rating 90/100 A great album for your collection.

Tucked neatly along the south shore of Trondheim Fjord at the point of intersection with the mouth of the River Nidelva lies the pretty town of ‘Trondheim’. It is the home town of Norwegian Progressive Folk band ‘Ævintyr who have recently released a new album entitled “Gjest Baardsen”, which is the subject of this review. The town is also home to the chamber ensemble ‘Trondheim-Solistene’ who have contributed greatly towards the development and atmospheric bearing of the album.

It goes without saying that, for fans firmly rooted within the all-embracing field of Progressive Rock and its various sub-genres, the true aficionado will always be looking for something different and unique, Furthermore a style of progressive music which offers a different perspective to their ultimate listening pleasure. Ævintyr’s new project “Gjest Baardsen” is just so one of those albums to facilitate this ideal. The reason being is that Ævintyr offers an extremely interesting and quite diverse mixture of progressive rock overlaid with large swathes of Norwegian styled harmonic folk. It is a project that is further supplemented with luscious fills of well-administered brass instrumentation which perfectly complements the direction of the music and adds a certain flamboyance to the proceedings.  On first listening and without a doubt my attention was initially drawn towards the totally absorbing and beautifully executed vocals which are all so skillfully projected with perfect intonation and delightful majesty. This mixed male and female vocals together with intermittent bursts of choral accompaniments are then further enhanced with delightful two and three-part counter harmonies of operatic show tune proportions. And then furthermore the contributions from the ‘Trondheim-Solistene’ chamber ensemble add a further ethereal ingredient to the mix being a magical dimension of atmospheric string accompaniment and other vocalizations that provide a truly harmonic soundscape of delight.

But of course whilst the vocals and sweetness of the string ensemble soak up your initial attention” the cherry on the cake” so as to speak. It is the engine room of the band that glues everything together. With oodles of dominating strident lead guitar, authoritative bass and military styled percussion the music is driven forward with much energy and dynamism. An altogether extremely tight group of musicians who have skillfully adapted their production to fully integrate the difficult requirements of both the vocalists and string ensemble which is not an easy task to achieve.

The vocals are all sung in Norwegian which totally suits the powerfulness of their delivery. It is probably useful therefore to explain that they are written by Norway’s most famous and notorious criminal of the 19th century a certain Gjest Bardsen(1791–1849).Gjest wrote these lyrics while serving his life sentence at Akershus Festning(Fortress). He was held captive at Akershus for 18 years.

The music was composed by guitarist Bjørnar Selsbak utilising a  combination of progressive rock styles integrated within a framework of classical, choral string and brass tinged chamber music.

Summary: A different and exciting mixture of progressive rock styles with Norwegian folk.

2.Til by og fjerne egne

Gjest Baardsen (1791 – 13 May 1849) was a Norwegian outlaw, jail-breaker, non-fiction writer, songwriter and memoirist. He was among the most notorious criminals in Norway in the 19th century.

Baardsen was arrested several times for theft, and became legendary for his many successful escapes. From 1827 he served a life sentence at Akershus Prison, where he started a career as writer.[1] The first parts of his autobiography were published from 1835. He was held at Akershus for 18 years. After his release from prison in 1845 he earned his living as a songseller and bookseller, married and settled in Bergen.[1][3] Among his songs is a song on fellow prisoner Ole Høiland‘s escape from Akershus (1839), and a song on Høiland’s death, “Ole Høilands Død” from 1849.[1] He wrote a collection of common words in the special sociolect called Fantespråk (“vagabond language”), which was utilized by Eilert Sundt in his studies, and published as Vandrings- eller skøiersprog in 1948.[1] The last part of Baardsen’s autobiography, which covered his life after his release from prison, was published (posthumously) in 1869, and his full autobiography has been republished several times.[1] A film based on Baardsen’s life was made in 1939, directed by Tancred Ibsen. Alfred Maurstad played the title character. The film Gjest Baardsen was among most viewed Norwegian films from the 1930s.[4] The song “Fjellsangen“, performed by Maurstad in the film, became very popular.[4][5] His life has also been the basis for treatments in novels and plays, often based on his autobiography, in which he justified his crimes by claiming that he stole from the rich and wealthy and shared with the poor. Later research indicates that his own version is somewhat idealized.[1][2] Baardsen’s childhood home in Sogndalsfjøra has been preserved and prepared for use as a museum.[2]