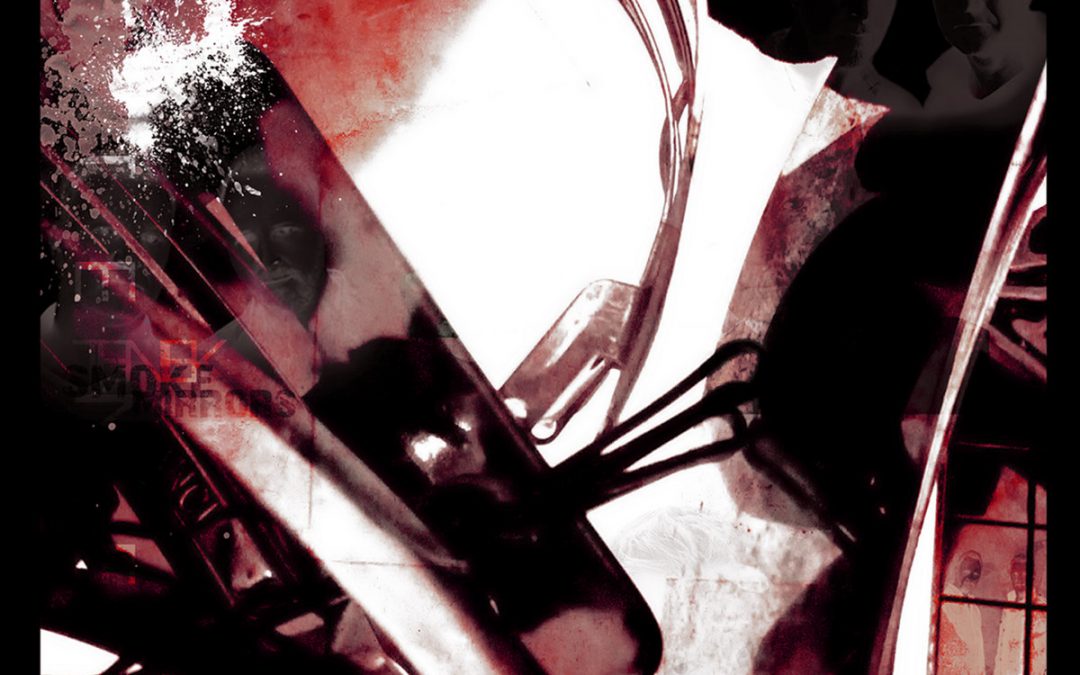 UK band TENEK was formed back in 2007, and with a good handful of albums and EPs released since then they are a fairly well known creative force among those who enjoy music inside the synth pop and electronic pop field. Their most recent album, “Smoke & Mirrors – Instrumentals”, appeared towards the end of 2020, and is an instrumental version of their acclaimed 2015 album “Smoke & Mirrors”.

I am among those who were rather suitably impressed by the original 2015 album by this band, even if I did come rather late to the game in that case. I was rather curious though, about how much of the tension and energy that would remain when the same songs were explored in an instrumental guise though, as creating effective instrumental compositions is a much different art than creating effective instrumental versions of songs created with vocals in mind.

The major alterations as I can hear them on this new album is that the hard bass has become rather more prominent, guitars and guitar effects have become a bit more plentiful and/or given a more prominent place in the mix, and the songs have by and large become a bit harder, tighter and firmer in their general expression. The softer functions and contrasts the vocals provided have become rather missing though, at least as I experience this album, and the overall dynamics of the songs does suffer from this.

What we then have is material a bit simpler in scope, with a stronger orientation towards electrorock in style and expression while the softer synth pop elements have been toned down a bit. Some details remain here and there that to my mind refer back to both Erasure and Frankie Goes to Hollywood, while the sounds and arrangements reminding me of different epochs in Gary Numan’s career by and large are the same. But the compositions strikes me as just a bit more one-dimensional, a bit less appealing and a bit less engaging. Just as well made as the original songs, but lacking those finer details in execution and performance that elevates the listener experience for a person like myself.

Existing fans of this band will probably desire to get this album no matter what, but outside of that I suspect that those with a dedicated interest in instrumental electronic rock with some references back to 80’s and 90’s synth pop that also feature the darker and bleaker atmospheres an artist like Gary Numan is known for would be the perfect audience for this album. Just how large such a demographic is I do not know though, as this isn’t the kind of music I’m all that familiar with. A pleasant and well made album, but a bit too much of a niche affair as my own taste in music is concerned.