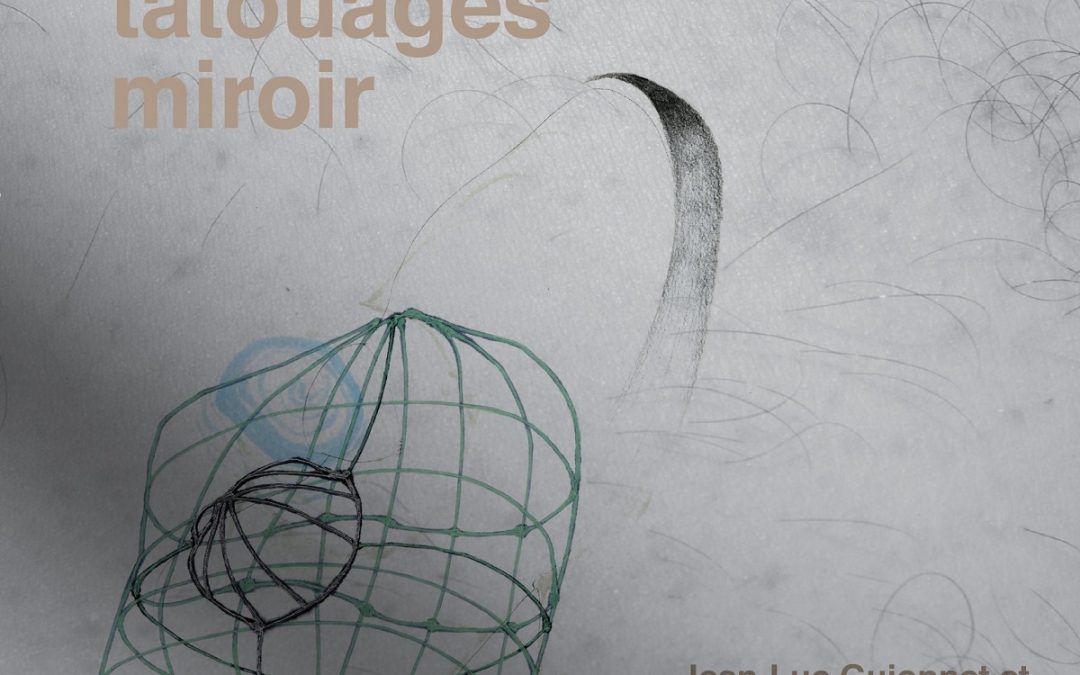 Canadian improvised ensemble Le Ggril have been active since 2007 with regular live performances and recordings appearing featuring their particular take on improvised ensemble music. Towards the end of 2020 their most recent recorded excursions in the field, the performance of  Jean-Luc Guionnet’s “Tatouages Miroir”, was released through the labels Circum Disc and Tour de Bras.

The music crafted in this 46 minutes long performance is probably among the more expressive and challenging escapades I have come across in quite some time. The kind of music that makes avant-garde rock sound like children’s music in comparison, at least in terms of how much you need to embrace and hold on to when attempting to track, trace and comprehend what is going on. Even style, genre and orientation may well be points of discussions here, for my sake I think I’ll settle for contemporary classical music as the general description.

What makes the music here break some norms and boundaries is the inclusion and reliance of instruments from popular music of course. The accordion to some extent, the more liberal and at times dominant use of bass guitars and electric guitars even more. But from my point of view the music here, at the core, is closer to contemporary classical music than anything else. If going into a bit more detail of my impressions, it would be that this is contemporary classical music explored in a free form, avant-garde jazz context. Or possibly the other way around.

This is a composition that ebb and flow between moments of near silence, dramatic crescendos and surges and calmer, introverted dampened passages. There is a distinct focus on both arrangements and individual instruments to shy away from conventional melodies and harmonies, while emphasizing aspects such as atonal qualities, disharmonious movements and the aforementioned crescendos taking on more of a cacophonous, chaotic and noise-oriented orientation. For people not accustomed to music of the more challenging variety, this is material that may well fry some brains along the way, as the number of individual details not in melody or harmony with each other can come across as being of the same magnitude as the number of orcs storming the city of Gondor in a certain movie trilogy.

For my sake I can certainly appreciate the skill behind this production, it takes skilled talent to be able to create and perform music of this kind without the end result being just a barrage of noise. This is music with a planned and structured core, even if and when there are myriads of improvised details present, and the dissonant and atonal qualities explored takes some skill to deliver in the manner that is done her as well. That the music itself isn’t all that appealing to me personally is a secondary matter of course, the important bit here is that those who appreciate music of this kind also gets to hear about it. And by writing about it, the chances of that happening will at least increase ever so slightly.

While the music explored by Le Ggril in general just isn’t my kettle of fish, I acknowledge the skill needed to create and perform this kind of music. And my recommendation would be that those with a passionate taste for expressive, avant-garde music with something of a focus on music that most would describe as atonal, dissonant and chaotic might want to take note of this album. In particular when such descriptions are applied to music that refer to and is oriented towards both contemporary classical music and jazz.