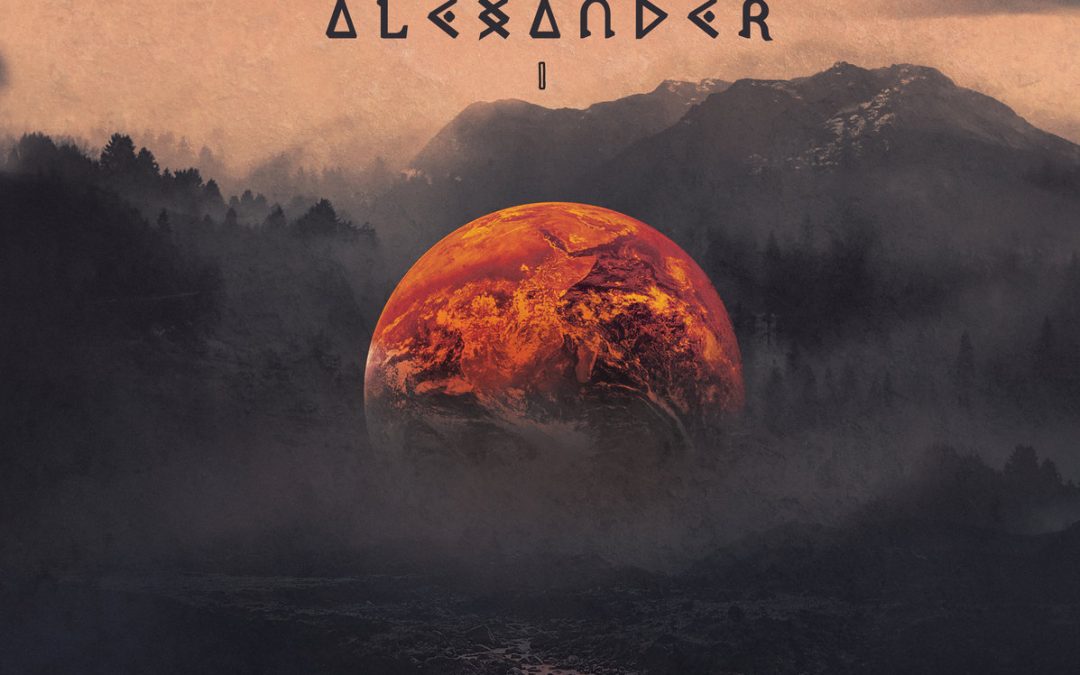 Multinational duo ALEXANDER consists of Canadian Kyle Alexander McDonald (Voices, Bass, Sub Synth, and FX) and Germany’s Jörg Alexander Schneider (Drums, Percussion). They started working together relatively recently, probably around the same time that their Facebook page was launched back in 2019. “I” is their initial EP, and was officially released by Canadian label Superbob Records in the fall of 2020.

Alexander strikes me as a clear and consistent example of what niche music is all about. The excursions here will have a finite and limited appeal. Those who really get into this material will be few and passionate, others will admire the skill but have a harder time with the music, and I suspect the majority will write this album off as noise. In terms of genre, the band suggests that funeral drone is an expression they can identify with, for my sake I think the music here is both more and less than that.

Dark toned drones is a key element in both epic length creations here, and as such funeral drone fits the premises as far as the ongoing element throughout is concerned. It isn’t always the dominant aspect of these excursions though, hence why my opinion is that this production is both less and more than just that.

Dark reverbs by the bass guitar is probably the creator of the drone textures, and I suspect the same instrument is used for a number of more frayed and twisted reverb and noise sounds as well. These details adds something of a noise rock and industrial vibe to the proceedings, and while electronics, effects and presumably synths also adds softer elements that emphasize the industrial aspect as well as adding a slight dystopian ambient flavor to the mix, the spoken, whispered and often twisted vocal effects adds something of a metal touch here as well. And then we have drums and percussion, alternating between gentle almost inaudible details to pummeling rhythm attacks, and fairly often setting off into more expressive and seemingly chaotic directions that adds a distinct flavor of free form jazz to the proceedings. At times with the additional instruments following in similar patterns in part or in whole.

Explored in two creations with a combined playing time of just over 34 minutes, this is taxing and challenging material to listen to. The mood and atmosphere is dark, dystopian, ominous, threatening and cold. The contrast between the drones, the twisted noises and often expressive rhythms emphasize those characteristics, and the overall characteristic of the emotions this production generates, for me at least, is that of hopelessness and despair.

While I’m generally drawn towards dark music, the music presented by Alexander on this initial album/EP isn’t quite my kettle of fermented fish. This is extremely well made material however, and for those who “get” this music I suspect this one will be regarded as quite the unexpected gem. I’d suggest that those who thinks that an expressive, dark and bleak blend of ambient music, noise rock and avant jazz may well be the perfect audience for this production. Especially those who imagine that listening to challenging music of this type explored in lengthy creations sounds like a very good thing.