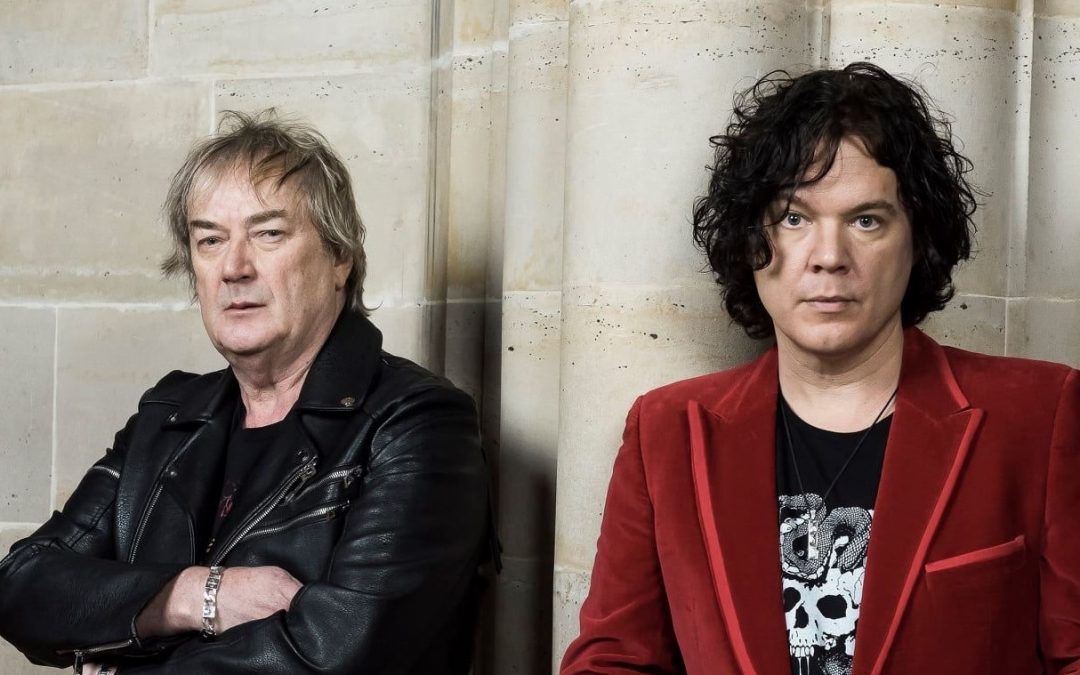 Downes Braide Association (DBA) have announced the release of “Your Heart Will Find The Way” – the second track to be taken from their forthcoming album Halcyon Hymns. Watch the video here: https://youtu.be/FsoojN-2fJ8

Chris Braide says:
“Your Heart Will Find The Way has an almost YES like quality of all the songs from Halcyon Hymns I feel, in that it’s very up and direct. It’s also a great example of how Geoff and I will sometimes write. Geoff sent me the verse chord progression and the riff and then I added the chorus chord progression and the melody just fell out on top of those two elements. The brooding verse and majestic riff coupled with the uplift of the chorus dictated the lyric which is about listening to your inner voice and trusting your gut instinct to navigate you out of adversity…It’s a positive self-affirmation of a song.”

A few words from Geoff:
“It was such a joy to hear the basic idea I sent Chris for ‘Your Heart Will Find A Way’ turn into something of a mini-epic. The masterful development of the rhythm section of Ash & Andy really enhances the track and brings it to life. It has become something of a feature of mine and Chris’s songwriting where the verse (in the minor key) sets the mood of the piece only to climax into an upbeat chorus (in the major). Here is a good example I believe of how we mix pathos with positivity – but ultimately delivering the overall message as one of hope and promise. It could be about a relationship, or indeed about having a belief and confidence in yourself that will eventually succeed. It’s for the listener to relate to and hopefully feel the strength of the message contained within.”

Halcyon Hymns is the fifth DBA collaboration and follows their previous critically-acclaimed studio albums Pictures of You (2012), Suburban Ghosts (2015) and Skyscraper Souls (2017). The duo also released Live In England (2019) recorded at their first ever concert at Trading Boundaries, East Sussex, in 2018.

Here’s the video to the first track that was released in December, “Love Among The Ruins”: https://youtu.be/vNrrQo5-L0Q

About Downes Braide Association
Downes Braide Association was formed as a studio-based project by Geoff Downes and Chris Braide and has now produced three studio albums: Pictures Of You (2012), Suburban Ghosts (2015) and Skyscraper Souls (2017) and a live album Live In England (2019). The project draws on Downes’ and Braide’s rich musical heritage to create a delightfully accessible brand of classic rock.

Keyboard wizard Geoff Downes was thrust into the limelight with the worldwide success of “Video Killed The Radio Star” in 1979. The single topped the charts chart in 16 countries for The Buggles duo of Geoff and Trevor Horn (vocals, bass guitar). They briefly joined prog legends YES before Downes became a founder member of the supergroup Asia with YES guitarist Steve Howe, ELP drummer Carl Palmer and the late John Wetton (vocals, bass guitar). The Wetton-Downes composition “Heat Of The Moment” became a world-wide hit in 1982 heralding many years of success for Asia with their FM radio-friendly brand of rock. Downes later rejoined YES in 2011 and remains with the band alongside Steve Howe.