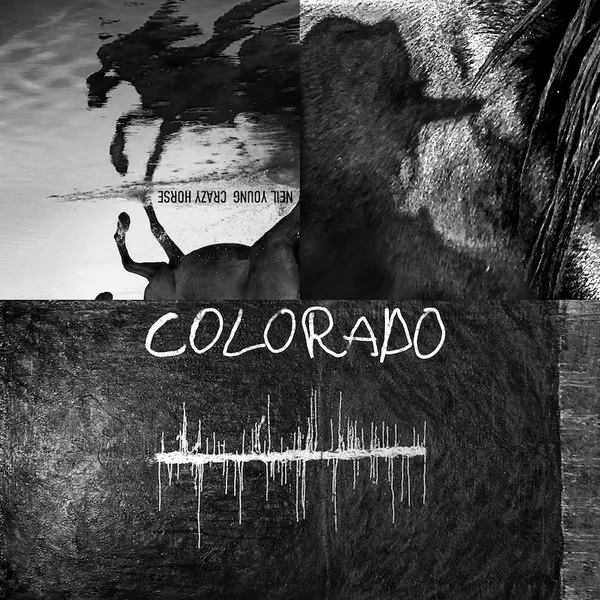 The next album from Neil Young was 2019’s ‘Colorado’, which saw him reunited with his old band Crazy Horse. Anyone who has ever been lucky enough to see him play with these guys knows there is something special when they all get together. Mind you, this is special in other ways as well, as not only do we get bassist Billy Talbot and drummer Ralph Molina who have been there consistently since the beginning more than 50 years previously, but also Nils Lofgren (guitar, piano, pump organ, taps, vocals) who returned to Crazy Horse after a mere 45 years’ absence the year before.

Young may find fun in performing on his own, or working with new musicians, but there is no doubt that when he is with Talbot and Molina everything is turned up a notch, and I don’t just mean his guitar. This was recorded in just 11 days, and it sounds as if it was plugging in and playing, all being about the feel and the groove as opposed to the final result. This is not polished music from a producer who has all his acts sounding the same, yet another item on the music factory production line, but instead there are four guys in a studio really working at it, trying to capture that elusive moment when the music gods smile, and it all comes together. “She Showed Me Love” is more than 13 minutes long, and it is a rambling, shambling mess, and I love it. Play it on headphones, as loud as you dare and picture the band attempting to keep it together and react as Young drags notes out of his guitar. It is as far away from created chart fodder as one can imagine, with four guys who have more than two centuries’ worth of producing quality music behind them putting their very being into the performance.

While Talbot and Molina keep it together, as much as is possible in this environment, Lofgren and Young play around the chords, often bending notes or sliding into it. Piano has its place, but there is so much space and raw contained energy within this album that outside the guitars and voice the most important instrument is the use of space as the guys all react to each other. Sometimes the notes may not be quite right, and a voice may go out of pitch, but here is an album that feels incredibly honest and true, not something one often thinks of in modern music. Simply superb.