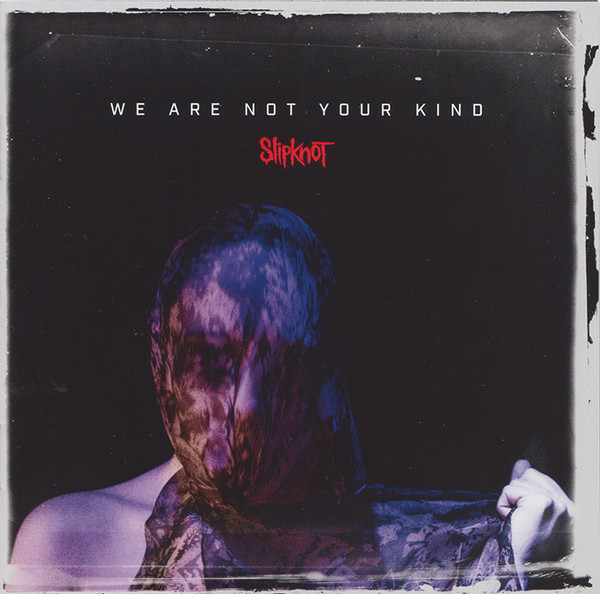 Back in 1999 I was sent an album to review by a new band from Des Moines, Iowa. This was before there had been any mass media in the UK, and on hearing it I knew this band were going to be huge, but there was no way I could ever have imagined the impact they would have on the music scene. Some 20 years on from that release, Slipknot returned in 2019 with their sixth album which immediately went to #1 in both the UK and USA, showing that even the loss of key members does nothing to stop the juggernaut. Paul Gray (#2) died back in 2010, Joey Jordison (#1) left in 2013, and now Chris Fehn (#3) has also departed, playing on just one song “All Out Life” (which appears as a bonus on the Japanese edition). Unlike their other releases, this album was written by just Shawn Crahan, Jim Root and Corey Taylor, and is surely their most adventurous and experimental yet.

It looks back in some ways to ‘All Hope Is Gone’ and some of the elements contained on that but it is pushing forward in many different ways indeed. There are times when it is almost commercial, with keyboards behind the riffs and Taylor at his most delicate – “Critical Darling” even includes West Indian steel drums! Right from the off one knows this is going to be somewhat different, as while the keyboard introduction to the album on “Insert Coin” leads one to expect a crunch of guitars and blast of percussion, we instead have a choir? It is only then that the drums come in and Taylor joins with the choir. Gradually the guitars pick up the riff, and to hear a choir over the top of Jim Root and Mick Thomson is not what one would normally expect. The album is packed full of energy and power, just what one expects from Slipknot, and to me is a massive jump in the right direction following from ‘.5: The Gray Chapter’. I was fortunate enough to see these guys on the All Hope Is Gone World Tour 2008, and it was one of the most intense gigs I have been fortunate enough to attend. Somehow, they have managed to channel that aggression and taken it in new directions, experimenting and ensuring they are ahead of the metallic curve and refusing to lay down quietly and count their gold records.

It took me way too long to finally come across this album – not a mistake I will make again, as Slipknot continue to drive the multi-headed beast into powerful and new directions.