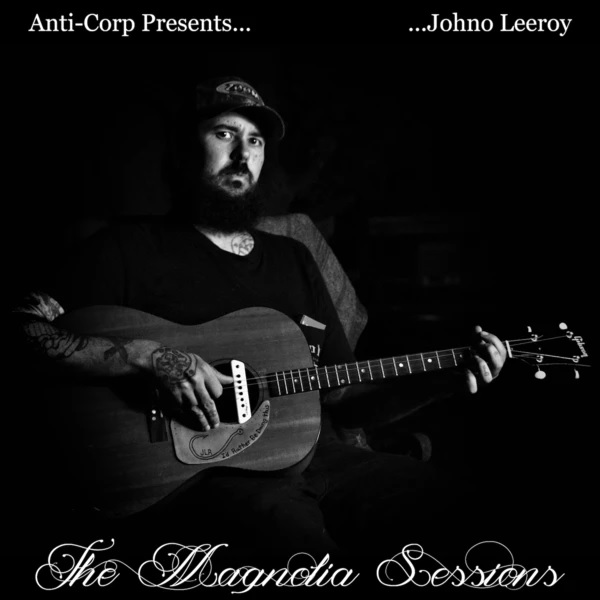 This is the third in a series of albums of the same name which are being released by Anti-Corporate Music. When I got into the car the other day, my entertainment system grabbed the first song from this album to start playing, and instead of putting on whatever I should have been listening to next, I instead listened to this throughout and knew it was jumping to the top of the review pile. The series showcases bluegrass, dark country, and folk singer/songwriter acts in an intimate outdoor setting at the Anti-Corporate Music/Black Matter Mastering headquarters in Nashville, Tennessee. Each album features a different artist, some with additional guest musicians, who performs a live album of sorts, recorded outdoors by a large magnolia tree.

The result here is something which is not only stripped bare, but if someone had put additional crackles and pops over the top, this could have been recorded any time from the Twenties to the Forties. Just in the background one can hear insects, and they are so quiet that one only realises they are there and adding to the ambience when it goes from one track to the next and the dead sound is quite strange. Johno has been around the scene for some time, but this is his first solo release as opposed to being a member of a band. He described the session as an “intimate musical window into my personal life. All my songs are pretty much about my own downfalls and triumphs. I use songwriting as an escape as well as therapy. People want to see the train wreck. They don’t want to watch you cruise around in a Prius. I would consider it not so traditional American songwriting.” The way I would describe it is in just one word, “honest”. Here we have a man with his acoustic guitar, no tricks or studio work, just singing and being recorded, just like it used to be in the days of Blind Lemon Jefferson, T-Bone Walker or Robert Johnson. It is dry, with the focus very much on his vocals and lyrics, with his guitar there just for support.

This is a timeless album, one which has a cross-gene appeal for those interested in country, Americana, traditional American folk and even blues as it contains elements of all of that, from a Tennessee musician who is incredibly proud of his roots and is as grounded as the magnolia he was singing in front of.