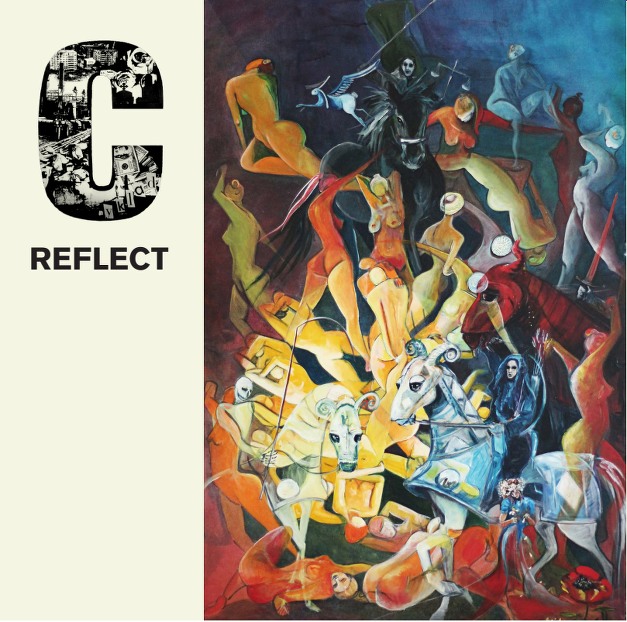 Fairly typically, Swedish heavy progressive rock band ‘LostQ’ are a democratic outfit with a clear and trusted musical direction. But, as often is the case, the artistic impetus within the band can spill over where individual musicians need to seek additional outlets for their surplus expressive talent.  Such is the case with the ‘LostQ’s’ lead guitarist Björn  Sandström who had produced a sideline project comprising a suite of theatrical inclined prog/metal tunes, material though that did not suit the normal flavour of the band’s musical output. Probably if such a compositional side-line had been a series of different unrelated tracks a greater chance of absorbing an individual track or two within their normal output might have been possible. The sheer scale of this as a project however would have swerved the essence of the band way off course. But, hats off, such is the camaraderie within the band that the majority of Björn ‘LostQ’ bandmates contributed to this as a solo project.

From a musical perspective ‘Reflect’ is in effect a futuristic concept album that most definitely falls into ‘progressive rock /metal opera’ territory not un-similar to ‘Ayreon’. With multitudes of brightly projected melodic chorus lines supporting energetic song-based dialogue from a selection of wonderful male and female vocalists.  Throughout the album, there is a vast cross-section of different moods and atmospheres that not only support the storyline but which also embellish the spirit of the music. As a whole, the timbre of the music combines classical themes with glorious slices of progressive rock/metal escapisms. In fact, the genera of science fiction rock music, as a whole, is uplifted by the technical proficiency of this album and the foresight of the composer to combine classical opera with heavy riffing, elements of progressive rock, keyboard meanderings, and delicate keyboard contributions. The drumming throughout is wonderfully structured with multitudes of complex time changes, skilful modulations of pace and sensitivity. The range of lead guitar incursions is quite breath-taking with oodles of complex fretwork interspersed with furious riffing and swathes of delicate chord progressions. The entire affair is full of deft melody served on a bedrock of heavy styled rock with an interesting assortment of competent and wonderfully proficient vocalists.

A great line up indeed which all together, despite their progressive metal pedigree, have contributed to a solid rock opera with a plethora of memorable heavily styled show-tune anthems.

Therese Thomsson, vocals and lyrics Therese is a singer and composer known from the sucessfull Swedish metalband Disdained.Shes also vocalist in the band Sadauk and has participated on the album Keltic Kings by Swedish speed metalgroup Rokka Rollas and German guitarist Christian Muenzners soloproject Eternitys end.