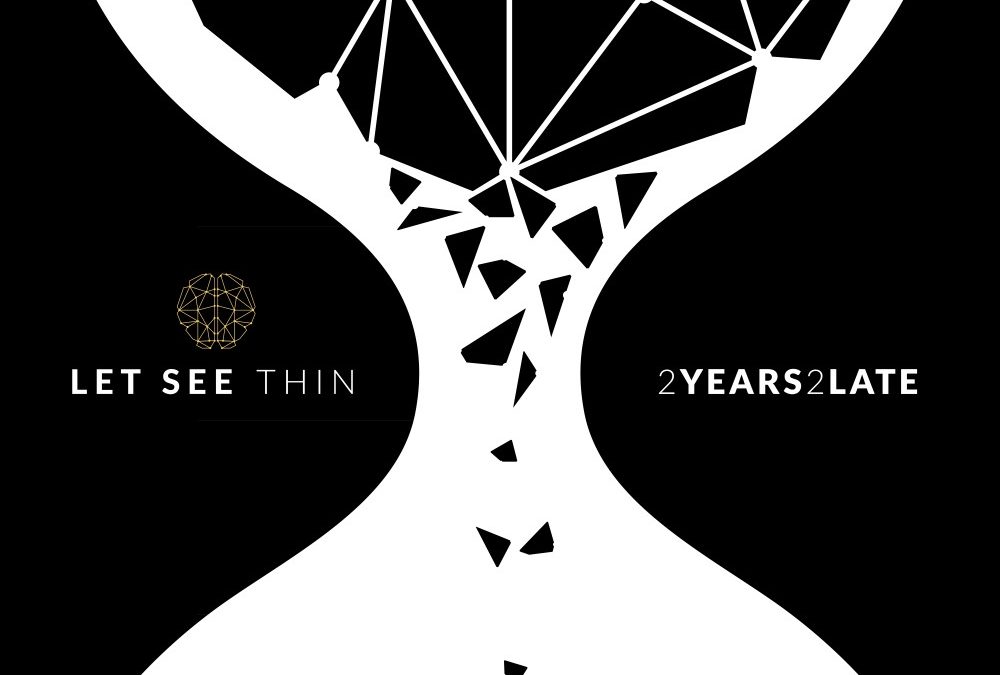 Slap bang in the middle of Poland is the city of Lodz a former textile-manufacturing hub.  Slap bang too in the middle ground of rock music is “Let See Thin” a Polish band from Lodz with a distinctly AOR song based favour but which has a strong orientation tending towards a more progressive direction.

Certainly, upon first play, the strength of the musical content would seem to strongly gravitate towards the vocalist. Therefore suggesting to most listeners that before them was a slick vocal performer with a brilliant support band as backing. However, upon second time listening, it is utterly clear that you are faced with an extremely proficient band that has a superb vocalist frontman. In fact, the more you engage with the album and, as the music roles on, the instrumental capabilities of the band come more and more to the fore.

However frontman ‘Łukasz Woszczyński’ is indeed a gifted singer with a superb cohesive well-projected vocal range.

The album is abundantly packed with a series of wonderful keyboard incursions and oodles of seriously cool guitar embellishments. But driving the music ever forward is the seriously powerful drumming from ‘ Przemek Kaźmierski’. Drumming that is quite amazing throughout creating multitudes of both energetic and complex variations of pace together with an abundance of fluctuating percussive techniques. Indeed one could at times be excused in thinking that such superb percussive skills were being employed as the lead instrument. The emphasis of the drumming is incredibly well supported with clever tunefully executed basslines.

One of the many attractions of this album is the extensive amount of compositional impetus built within and throughout the eight tracks. It is clear that many hours of hard work have been invested into the construction of the album and in building the songs to a high level of compositional perfection. Every note, phrase and instrumental contribution has been very well thought out and as a result, the music flows effortlessly with incredible delicacy and precision. All of these factors indicate the level of concentrated hard work and the high level of commitment attributed by the band in providing an all-around high-quality recording standard throughout the entire album with no weak or throw away tracks.

As mentioned earlier the favour of the music is probably more orientated towards Adult Orientated Rock rather than Progressive Rock due to the dominance of the vocal aspects and the absence of long extended guitar/keyboard solo exchanges.  But the music is brilliant throughout being very melodic and having deft originality with plenty of panache in both the instrumental and vocal departments.