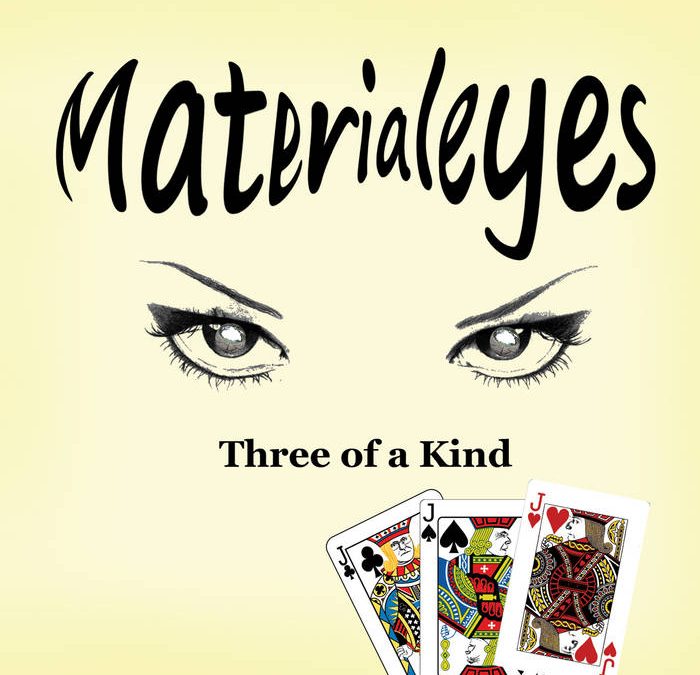 This wonderful progressive rock trio from Pontefract, Yorkshire are simply amazing, I first touched base with them way back in 2018 following the release of their first album ‘Strange Road’. An album which to my ears was a 60-minute classic gem containing some beautifully assembled progressive inclined music. And, although I loved that album very much, it reminds me of those early private recordings from the late sixties and early seventies. But I made the big mistake, at the time of my review, of doubting the likelihood of much commercial success materialising for ‘Materialeyes’. Especially at the time thinking about modern progressive bands like ‘Riverside’, Flower Kings and in addition the big swing in favour of progressive metal inclined bands. But I was wrong, for a start I was unaware at the time of how wonderful it was for three extraordinarily lovely guys to find peace and solace together spending their days composing some extraordinarily beautiful progressive music together. Furthermore, such rewards, you realise, cannot always be measured in terms of actual commercial success, suffice to know that this band have created a good solid following despite Corona Virus and the inability to take their music on the road. But above all else, the majesty of comradery developed by these guys through the power of their music is quite amazing!! Especially when you learn that my good friends ‘ Dyanne Potter’ (Potters Daughter) and ‘Nickie Harte Kelly’ (Chief Ghost Wrangler at Ghosts of Palos Verdes Music) in the United States are also digging the music of Materialeyes.

Subsequently and two albums later their third album, ‘Three of a Kind’`, is upon us. An album that introduces us to yet another facet of the band’s capabilities in the form of a slight and subtle change of stylisation from those previous. Not, you understand, a move away from their progressive rock foundations, it is that, somehow, they have incorporated a more textured and certainly a laid back feel about the proceedings with glorious harmonic vocals adding oodles of charm and warmth. Each track in itself is a composite assembly of many symphonic segments all of which are saturated in a wash of beautifully melodic keyboard and guitar sequences. Every single track passes through its own journey of many delicate variations and little twists and turns of melodic complexity. Exhilarating deviations of guitar and keyboard interaction worked out with incredible delicacy and precision. It is very clear that an enormous amount of time has been spent planning and reworking the assembly of this album. This is very much apparent after several plays. It is true to say that many of the musical segments have a certain ring of familiarity, but the ingenious thing about the compositional makeup is that such familiarity is cleverly reworked to metamorphosize (or Materialeyes) the overall structure into many musical segments of originality.

Martyn’s Comments   The album was started back in 2019. We had the song structures and lyrics sorted out. We had also recorded most of the guitars, some keyboards and vocals. Then came covid. We could no longer meet up, record, or even just have a jam. We made the decision finish Three of a Kind as best we could. I am the first to admit I am no drummer, but I managed to add a drum track of sorts using an old Remo kit, which, after treating it to some new skins, didn’t sound too bad. I also added the bass parts and mixed the album. This was done during 2020. Tragically Dave’s wife died of the virus only a few weeks ago. The album is dedicated to her – Patti. The final mix was decided upon after many weeks sending emails back and forth between band members. The final tracks were then uploaded to our Bandcamp site https://materialeyes.bandcamp.com/ and within a few minutes we started getting downloads and requests for CDs. We’re now waiting patiently for the time when we can get back at it, doing what we love. Martyn