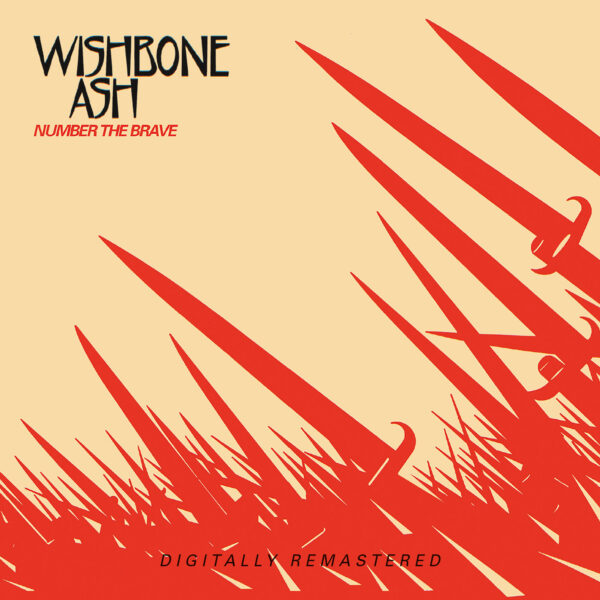 ‘Wishbone Ash’ are affectionately known as the forerunners of the dual lead guitar line-up in the early British progressive rock scene and was an instrumental art form that they perfected well and which they became the complete masters of. But in actuality, it was more of a case, during their initial, formation that they could not locate a suitable keyboard player. And so, although not the original concept for their line-up, it was a format that was different from the norm and which they adapted brilliantly.

There are certain shared presumptions about ‘Wishbone Ash’ that aficionados of progressive rock tend to agree. The first is that avid collectors of their music draw a line under their albums produced following the departure of Ted Turner who left the band in 1974, and even though he was replaced by ‘Laurie Wisefield’, another fine guitarist the magic and success of the band had been disturbed as their musical style took on a more soft rock approach. The second is that despite subsequent multiple line-ups changes their live performances, from their band inception right up to the current day, have always been brilliantly executed, extremely professional and exciting to watch. One of the key factors to this is that they have, at their fingertips, a massive backlog of classic material from their earlier albums and which they perform to perfection.

‘Number of the Brave’ their one and only 1981 album featuring ‘John Wetton’, who replaced founder member bassist Martin Turner,’ and is the latest superbly packaged reissue project from BGO. From a Wishbone Ash fans perspective, it is indeed a perfect selection for re-release for it features a higher percentage of the classic ‘Wishbone’ trademarks, moving away from the mundane adult orientated rock platform they adopted when they settled in the USA. Lots of great stuff such as ‘Underground’, for example, a track which incorporates totally wonderful lead guitar with amazing deeply resonant bass lines and a higher octave vocal projection. Other tracks that follow suit such as ‘Open Road, Get ready, Rainstorm, That’s That, especially the title track ‘None But The Brave’ are all thoroughly enjoyable and would not be out of place on any of those earlier pre-1974 classic albums. Even the cover is reminisce of ‘Pilgrimage’