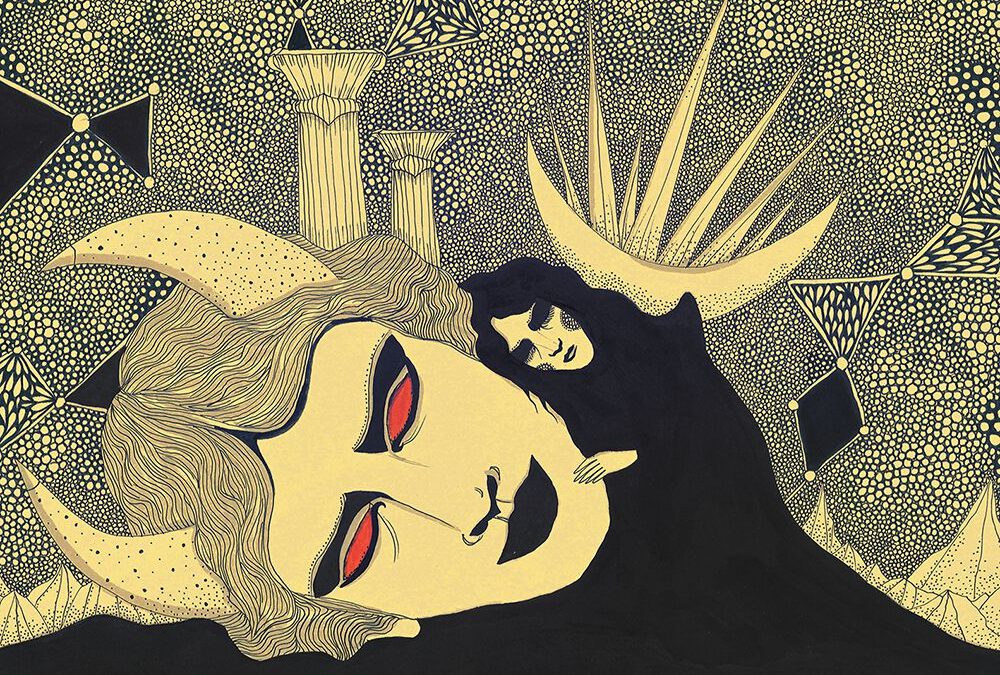 The Swedes are back with their third album, and yet again we are thrown deep into the late Sixties/early Seventies and feel so much better for it! There has been a line- up change since ‘Lady In Gold’ with the departure of Dorian Sorriaux, so Zack Anderson has switched from bass to guitar and they have brought in bassist Kristoffer Schander, while drummer André Kvarnström is still there. At the front there is of course the one and only Elin Larsson, who channels Janis Joplin and Maggie Bell, who enable the band to join together Big Brother & The Holding Company with Stone The Crows, blurring the edges of hard rock with metal and creating something so regressive that we are transported in time and space, smiling all the time.

This is raw music, hard rock and blues empowered with soul, with loads of distortion and fuzz, providing the foundation for one of the top belters around. If Ellin did not have a microphone she would still make her voice heard by sheer force of will, as while the rest of the guys swagger and strut they know their role is to provide a platform for lady to let rip. And she does. Just listen to “California” and the way she is in total control, even when screaming and hollering out. There are times when the music is gentle, full of space, allowing Ellin to calm it down, but there are others when this is a hard rocking 70’s monster where Ellin rides the music like a colossus, always in control. This is a filthy, dirty, sweaty album which belongs on the festival circuit and if you want your music to be no holds barred with a singer in total control then this is for you.