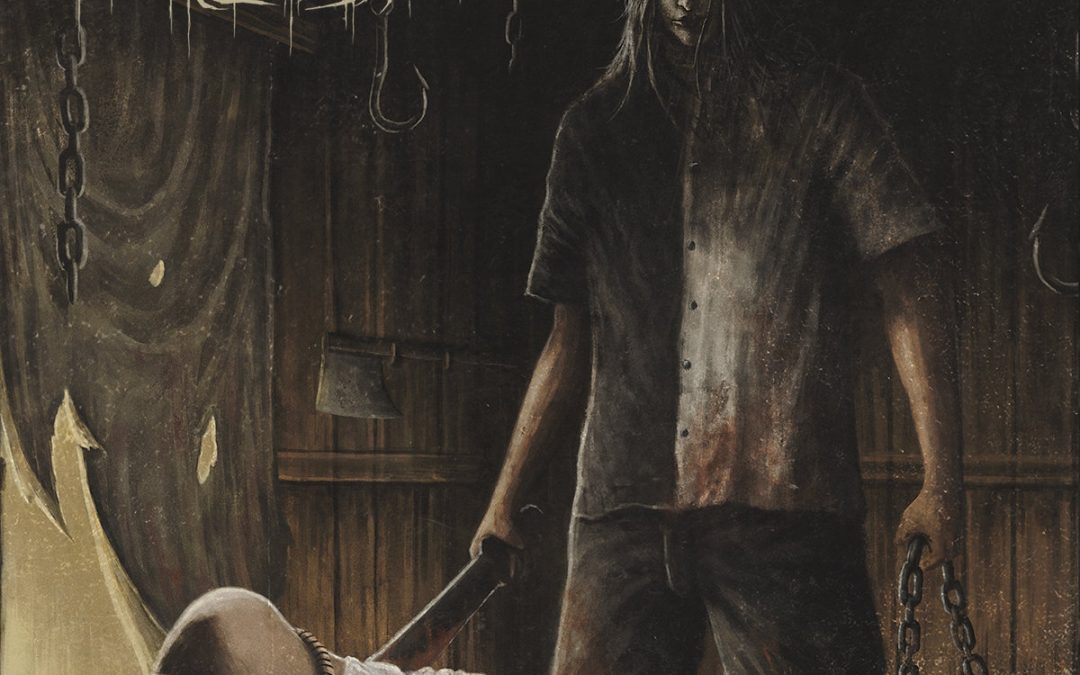 Who knew that West Java was a hotbed of brutal death metal? Well, apparently it is and here we have the debut album by Chancroid, who comprise Wira (vocals), Hendri (guitar, bass) and Arief (drums). One day I will work out why various extreme bands feel it is a good idea to have an opening instrumental (in this case, wittingly called “Intro”) which is nothing to do with the rest of the music, but at least this piece of symphonic nothingness could belong in a horror movie, and we soon get down to business with “Coitus Deification Terminology”, which shows they have been studying up on their brutal death metal rulebook as they have a band name which is an STD, a murder on the cover, an album title which can only be death metal, and song titles guaranteed never to get airplay. Musically they are also ticking a lot of the normal boxes, with plenty of blast beats, really heavy riffing, and unintelligible vocals.

Musically they are actually very good at what they do, let down only by a lack of imagination and deviation from a pattern. There is not enough in the way of variation from anyone, and while they are all solid musicians, I would have preferred it if they took us more on a journey as opposed to hitting us between the eyes for the complete set, as that just builds up a resistance and it all washes over. I found my attention was most often being drawn to Arief, as he tends to cut through the rest of the sound and while he is a very quick drummer, he needs to do more than just hit that snare drum so often. It will be interesting to see if they can get out of Indonesia on the back of this album, but that is a very big ask indeed. Mind you, the PR company seem to like it… “Dark cellars and darker intent, the smell of rot so thick it coats your tongue. Lost hope and the residue of agony hang heavy in the air, entwining in the putrid atmosphere with the ghosts of blood, sweat and excrement. In the warped mind of its predatory inhabitant the shadows cloak a glorious kingdom of power and domination, where the downtrodden and abused is now overlord supreme; in reality those shadows hide a shameful, sordid pit of cruelty and inadequacy, of directionless vengeance for a thousand childhood tortures borne in tearstained silence. And soon the broken beast will return, with another receptacle for his rage and in the twinned realms of reality and dream the killing will continue…”. Solid and enjoyable brutal death metal without ever really taking it to the next level.