Mothman and The Thunderbirds -Into the Hollow (LP) 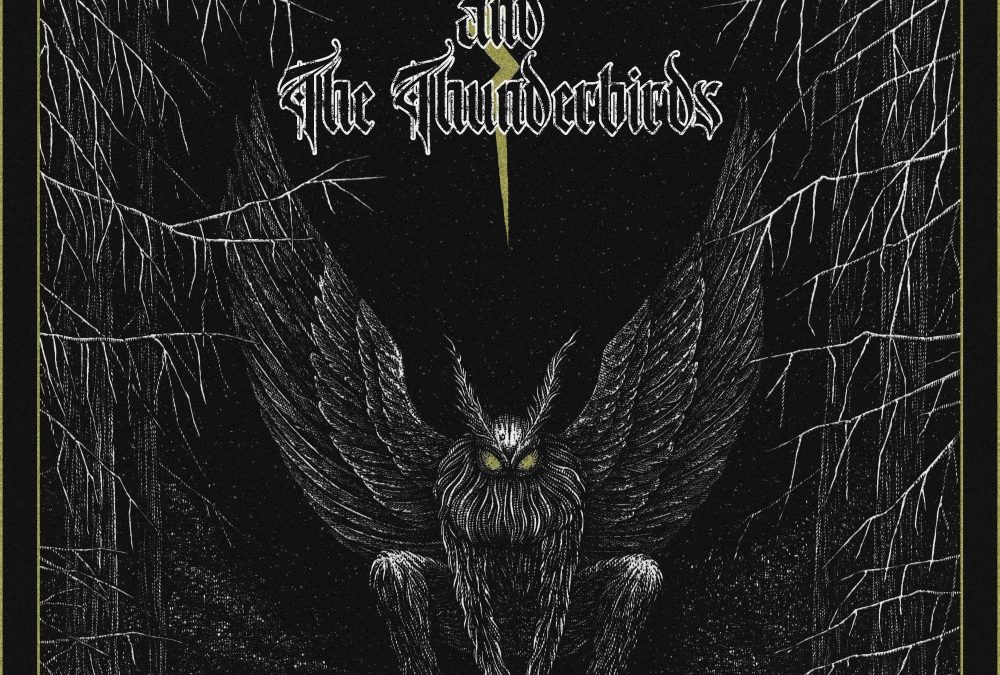 Location: Philadelphia, PA Mothman and The Thunderbirds can be reached at mothmanandthethunderbirds@gmail.com for further inquiries.

Into the Hollow is the debut album from Mothman and The Thunderbirds, the ambitious and conceptual solo project of Alex Parkinson. Will the Mothman be able to prevent disaster this time? Who knows, there are bigger things going on to worry about like hollow earth and oceans without end. It’s going to take a whole cast of characters and guest musicians to save us from this one. Do you believe in reality at all?

The beast will be released on May 21st, with each new single having its own distinct artwork. While the album can best be described as sludge and stoner metal with prog elements, that doesn’t quite do justice to the unique blend of styles and collaborations. If anything, Into the Hollow, is a stoner metal album for people who are bored of stoner metal. The album is eclectic in scope; no two songs sound alike. Many of the song titles reference cryptids and conspiracy theories, but the lyrics intertwine these subjects with themes of anxiety, isolation, global warming, war, and manufactured consent. The insanity of it all is woven into an emotional, often aggressive, experience that just barely exceeds a 30-minute runtime.

Speaking on the origins of the project, Alex had this to say: “The band name was inspired by a binge-watch session of the beloved program Ancient Aliens. In one of the episodes, a host posited that the Mothman may be a Thunderbird. I thought to myself, ‘hey, Mothman and The Thunderbirds would be a really dumb, but great, band name,’ and the rest was history!”

“Into the Hollow is impressive in scope and execution alike, as well as brimming with forward potential for where Mothman and The Thunderbirds might go next.”– The Obelisk

“The question remains… is it any good? The short answer is yes. The longer answer is; holy shit, this insanity is amazing and every second brings something fresh and exciting.”– GBHBL (9.5/10 Score)

“This is an album every last one of you needs to spend some time within private, with your stimulant/depressant of choice, and a suitably open mind. Give every track the consideration it deserves, and quickly you’ll find that this is a unique and rewarding listening experience that’s not to be missed.” – Sentinel Daily

“The amount of eclectic diversity in the songwriting really helps to set Mothman and The Thunderbirds apart from other bands in the genre.” – Doomed & Stoned

“Do yourself the favour of picking up Into the Hollow by Mothman and The Thunderbirds – you will not regret it.”- Cave Dweller Music