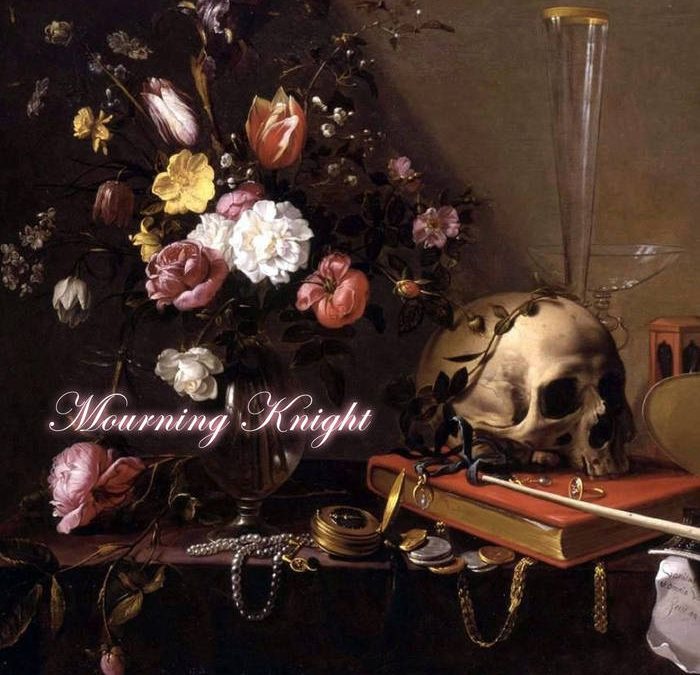 Every now and then you come across an album that totally blows you away, an album that fills you to the brim with utter joy and musical contentment that is comparable to those classical early days of UK progressive rock. Certainly, a project that recaptures, to a certain degree, those magical days of the late sixties and early seventies when the UK was bursting with this unbelievable vibrancy due to the glorious evolution of progressive rock and bands like early ‘Genesis, Yes’ and a whole host similar in styled bands writing and playing their own music. But, believe it or not, ‘Mourning Knight’ is an extremely talented duo from Winchester County, an area in the Hudson Valley north of New York City. A band not tempted to follow the modern trend of heavy riffing and growling death projected vocals. What we have here is a wonderfully melodic, beautifully arranged slice of nostalgic UK styled progressive rock that is loaded to the brim with oodles of symphonic delights. Every one of the excellent five tracks is bursting at the seams with absolute grandeur and riddled with musical splendour. Lush combinations of unequivocally magical guitar and lovely organ/ synthesiser keyboard chord progressions dominate the proceedings with multitudes of piano fills drawing together the various compositional segments. It must be made clear though that the music is at times is quite divergent, momentary drifting from honey-drenched saccharine-sweet conventional styled 70s progressive over to more classical styled territory, a few bars of ‘Slaughter on Tenth Avenue’ comes to mind in track 3. But on the whole, the dreamy combinations of guitar and swirling keyboards hold sway with oodles of underlying counter melodies adding panache and style as the music travels through the various soundscapes and subtle multi-time changes.

The compositional brains behind ‘Mourning Knight’ is Jason Brower not only a talented musician but also a fabulously gifted award-winning artist and illustrator who works for many publications including ‘Little Shoppe of Horrors.’ Jason not only writes the music but also assembles the lyrics. But in Norm Dodge, he has a wonderful partner and extraordinary guitarist, a pairing who clearly understand each other and whose joint instrumental prowess ingeniously dovetails together. The multi-tracking introducing drums and bass is really well executed.

From a vocal perspective, Jason has a pleasant voice which suits the music well.  Although slightly in the background of the mix the support vocals work well. shadowing rather than harmonising with the main vocal lines.

Summary– Can I just say that this album is totally my cup of tea, the harmonious combinations of multiple keyboards and well-considered guitar incursions are a sheer joy.

Norm DODGE (Electric and acoustic guitars and some bass)

Info provided by Jason (with thanks)  ‘Mourning Knight’ is a group from the US ( New York) that was started in the 1990s as a vehicle for the compositions and poems of Jason Brower. From the liner notes… During that decade I experienced a prolific songwriting burst that yielded a wealth of music captured on a Tascam 8-track. I’ve often considered re-recording these tracks professionally but the distinct mood and atmosphere of these demos serve as a time capsule of a period of my life when I was writing and recording constantly. The tracks were enhanced in ProTools with the addition of Mellotron strings and choir bringing the recordings closer to what I originally envisioned. Heavily influenced by the atmospheres and musical soundscapes of the Progressive seventies, passion, drama, and a sense of the cinematic are brought together with lyrics that convey the darker, melancholy side of life. With this eponymous album releasing around April 10, 2021, the core members are Jason BROWER ( drums, keyboards, vocals, and some bass) and Norm DODGE ( Electric and acoustic guitars and some bass) augmented by vocalist