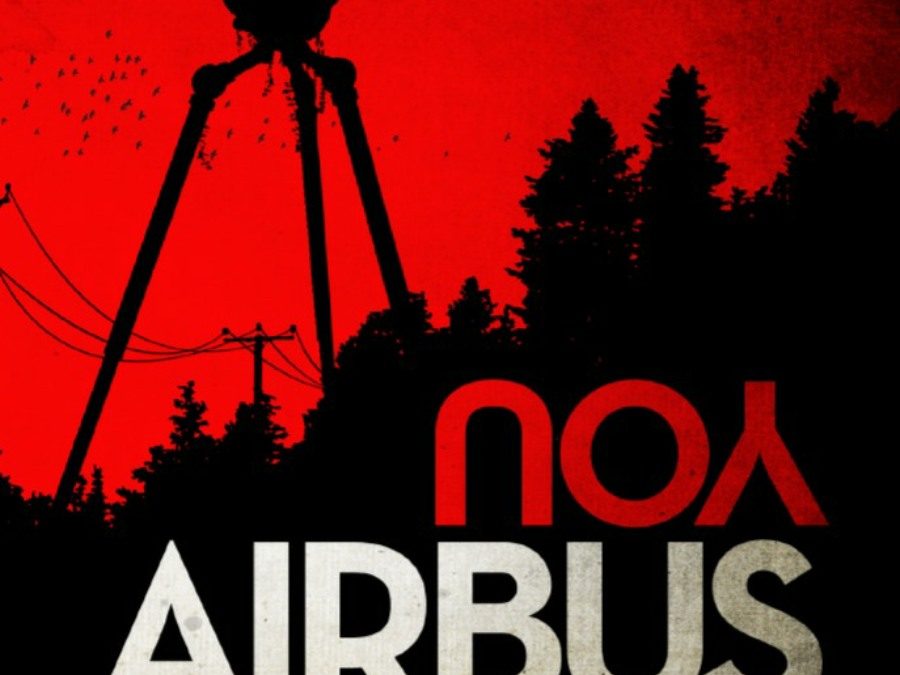 2021 Spira Records -A Collection of Songs from the Early Nineties

The ‘Airbus’ history extends back to ‘Gordano School’ a private concern located in Portishead, North Somerset, England. It was here in in1987 that a group of school friends formed the band named ‘Carrion’. Music at this time was at a crossroads of distinctly opposing musical styles. ‘Neo Progressive’ versus ‘Punk’ versus ‘The New Wave of British Heavy Metal’ and so it is no surprise that rock music created in this school-band environment absorbed all of these various musical styles. For such talented middle-class kids the pathway to a musical future, once their school days were over, would probably (I’m guessing here) have been an easier route, than for most other less fortunate kids, with financial support and solid encouragement from their families

Anyway the collection of songs entitled ‘You’ is actually a catalogue of unreleased songs recorded in the early 90s. This was a period when the band were very prolific and music was flowing fast and furiously. Certainly to the degree that their available catalogue far exceeded their actual repertoire. Apparently, all of the tracks on this collection were rediscovered many years later on batches of reel to reel tapes that were shipped to the US when some of the band re-settled there. Actually, the tracks were recorded at a cottage where lead singer Nick Davidge lived, the upstairs of which was converted into a recording studio.

From a musical perspective, the songs are powerfully dynamic with excellent musicianship throughout. Certainly, unlike so many of these suddenly discovered collections of unused tracks, they are all of a very high standard in terms of both recording quality and musical interest. Although the actual tunes are very interesting and enjoyable they are a ragbag assortment of various rock styles sometimes blending a ‘Punk’ attitude with a more considered seventies noisy ‘Sleaze’ guitar-led style. There are though many forays along routes of a more sensitive nature with excellent vocal collaborations and two-part harmonic ventures. Well-considered guitar interventions can be found spread all around and crop up throughout the entire programme. These often taking the shape of stimulating dual led guitar arrangements. The vocal side of things is of a very high standard ranging from ‘Beetles’ like intonations, ‘Squeeze’ like similarities together with sound-alike ‘The Killers’ high energy dispositions. The whole affair is a real ‘Hodge podge’ of different styles and moods in fact a preverbal rock 70s to 90s musical timeline. It will be very interesting to see what their next studio album ‘Imperial Gunpowder’ throws up.

In 2002, Airbus disbanded so the members could pursue their own personal projects. Nick Davidge and James Childs both settled in Los Angeles. Nick works in a creative agency and James plays in a variety of bands and regularly tours all over the world.[8] Simon Hedges now works in television production in the UK. Chris Fielden works at a digital marketing agency in Bristol, England and, through writing fiction, runs a popular writing blog. Nick, James, Simon and Chris still record together, working on old and new Airbus material that is made available on their website.