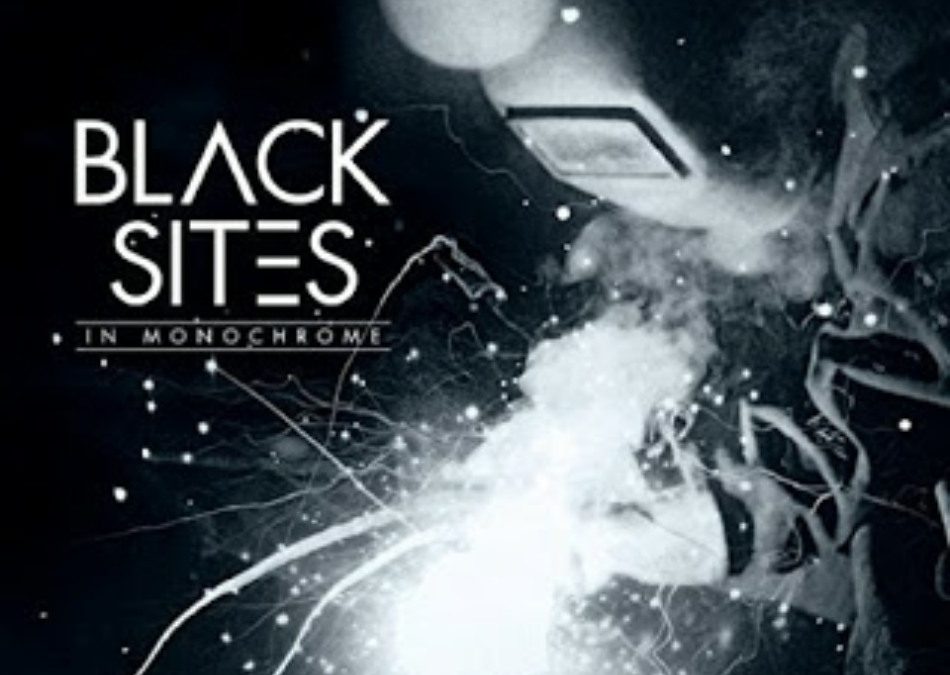 Black Sites is a four-piece thrash metal / progressive metal band from Chicago led by Mark Sugar on guitar and vocals and who was also responsible for writing all of the music and lyrics except calibration on one album track.

This is an album saturated with electrifying energy created by the intensity of pulsating heavy resonant guitar carried swiftly along in a swirling river of vivacious but ordered percussive magnificence. Not always obvious but deftly keeping things in check is a rumbling platform of well-ordered bass guitar and drum sequences that are integrated within the proceedings. Certainly, the percussive department is well ordered and cleverly disciplined in holding the music together but not as outrageously complicated as the lead guitar.  The lead guitar is played with distinctly chameleon-like tendencies as it moves so sweetly from moments of almost classic like beauty to thumping swirling thrash metal intentness. The support guitar too is also, so very much, an essential and integral cog in the wheel as the overall sound spills out in all directions with multi-time changes and many variances in tempo. I must say too how excellent the vocals are with many variations to completely hold the listeners’ attention. Mind you having said that I think this album is all about the music and the lyrics themselves need not be taken too seriously even if the poetic intention is there for them to be later analyzed by the consumer for later regurgitation by the audience at the band live gigs at some future date.  The construction of the music throughout the nine tracks is just so interesting inasmuch that there is so much variety throughout. Mark Sugar states that “I wanted to challenge myself with clean singing and by writing well-crafted songs, I went back to my influences, old school metal, progressive rock, and hard rock—music built on classic songwriting”.

Some suggestions of a future “Super Group” status abound the rock music business relating to this newly formed band comprising of  Chicago’s finest players from the underground metal scene with Mark Sugar on vocals/guitar, ex-Trials and fellow bandmate Ryan Bruchert on guitar, plus John Picillo from Without Waves and Immortal Birds on bass, and Chris Avgerin, formerly of Autonomy and Lost Dog, on drums. I would certainly subscribe to these lofty claims based on this album entitled “In Monochrome” because the entire offering is full of exciting well-structured songs encompassing a whole catalogue of different genres embodied in their musical armoury.

Summary: A wonderfully exciting album of modern progressive metal expertly played by a talented group of four highly proficient musicians who throughout the proceedings inject wonderful energy throughout all of nine excellent tracks.Cover Art.: Dark and foreboding which quite suits the style of the music.