‘ANYONE’ To Release 4th Album “In Humanity” 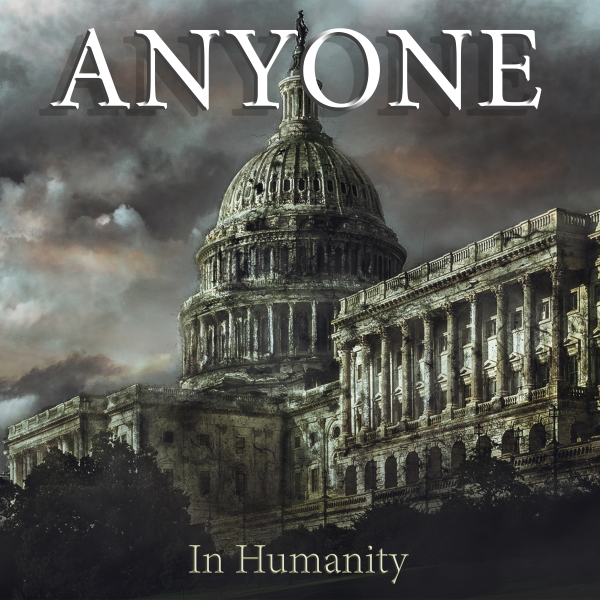 TogethermenT Records is proud to announce the release of the Fourth full-length studio album by the critically acclaimed prog rock band ANYONE. The album is entitled “In Humanity” and will be released on October 12th (Pre-Order on Sept 12th). The album will be available in download, streaming and CD on over 200 digital distributors including iTunes, Spotify and Amazon.

This new DOUBLE album marks a major shift towards a highly progressive direction with founder Riz Story performing all instrumentation in a rare display of virtuosity, as well as producing, mixing and mastering. Featuring a guest lead vocal appearance by YES vocalist (and former ANYONE member) Jon Davison on the song “Misanthropist.” BILLBOARD MAGAZINE said, “ANYONE has invented a new breed of rock, quite literally.”

Says Riz, “This album was conceived as a soundtrack to my feature film (and novel) of the same title and so it is highly conceptual and dynamic. The story takes place in the future when mankind has made the earth uninhabitable and venture into the cosmos to find a planet that is even more beautiful than the earth, which they immediately begin to destroy. I wanted to explore the outer limits of my creativity and musicianship and pushed myself to play all the instruments, particularly the drums, in a way that was experimental and exploratory. Most all of the playing was improvised and therefore came from a place free of thought or design. All told, I’ve been working on this album for almost a decade.”

ANYONE was formed by Riz Story, along with Jon Davison (Yes) and Taylor Hawkins (Foo Fighters) in the early 90’s in Laguna Beach, California. Hawkins and Davison were replaced by the time the band signed with RoadRunner Records in 2000. Their self-titled debut album received much critical acclaim including a 5-star rating from Rolling Stone. In October of 2016 the single “Fly Away” was featured in Story’s debut feature film “A Winter Rose” and became the most listened to rock song in America on digital formats, hitting #1 on the DRT National Airplay Rock Chart. The 2020 album release of “On the ending earth…” was met with widespread critical acclaim.