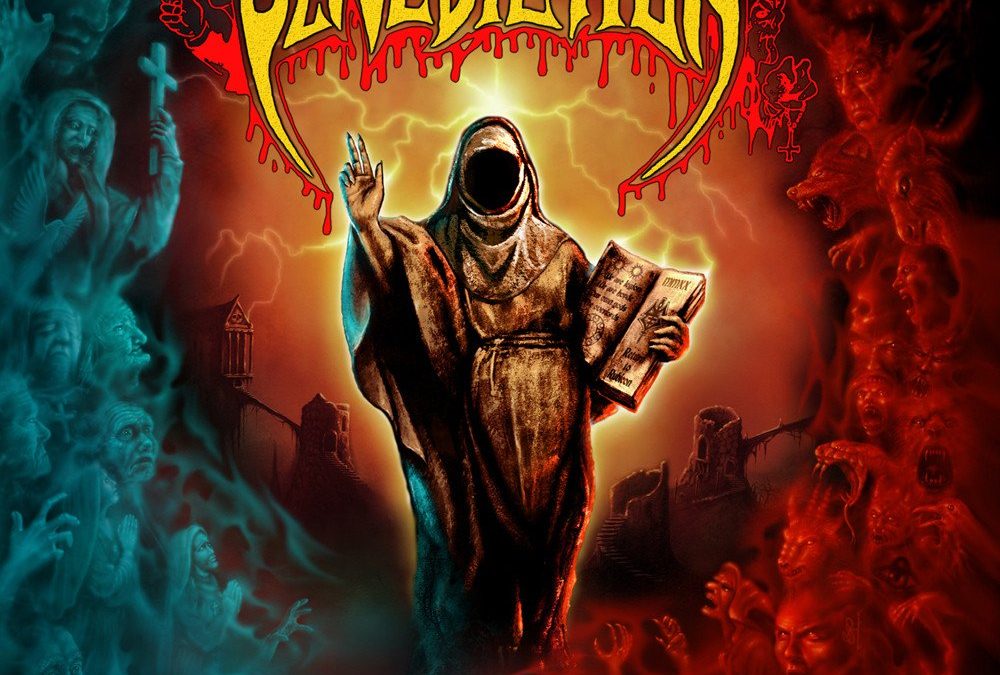 When vocalist of over 20 years Dave Hunt announced he needed time away from the band to finish his PhD, the lads decided not to sit back and wait. With Dave’s blessing, they decided to push on without him, and to find the right singer only took one call as they approached Dave Ingram, who had sung in the band for eight years in the Nineties and was replaced by Dave Hunt when he left. Founder members and guitarists Darren Brookes and Peter Rew are of course still there, while they are now joined by the rhythm section from Omicida, bassist Dan Bate and drummer Giovanni Durst.

The result is a death metal album which is somehow strangely commercial, yet solid to the roots. They feel no need to go out and prove they are going to be faster and heavier than anyone else but instead have gone where the music takes them, which in turn means that some of the passages are far more mainstream than one would expect from a band of this genre. The band have settled into a groove, which is interesting given that Ingram recorded 5 albums with the guys during his original tenure, yet for whatever reason the band only recorded 2 with Hunt, and this is actually their first album in 12 years. However, they have gone into it as if they have never been away, and Ingram is locked in with the guitars as one, while bringing in a rhythm section who already know each other has also obviously paid dividends.

This is an incredibly easy album to listen to and get inside from the very first notes to the last, and I kept finding myself with a smile on my face as this is just so much damn fun. It crosses into the mainstream more than one would normally expect, but that only gives it an edge which makes it even more enjoyable. Metalheads rejoice, Benediction are back.