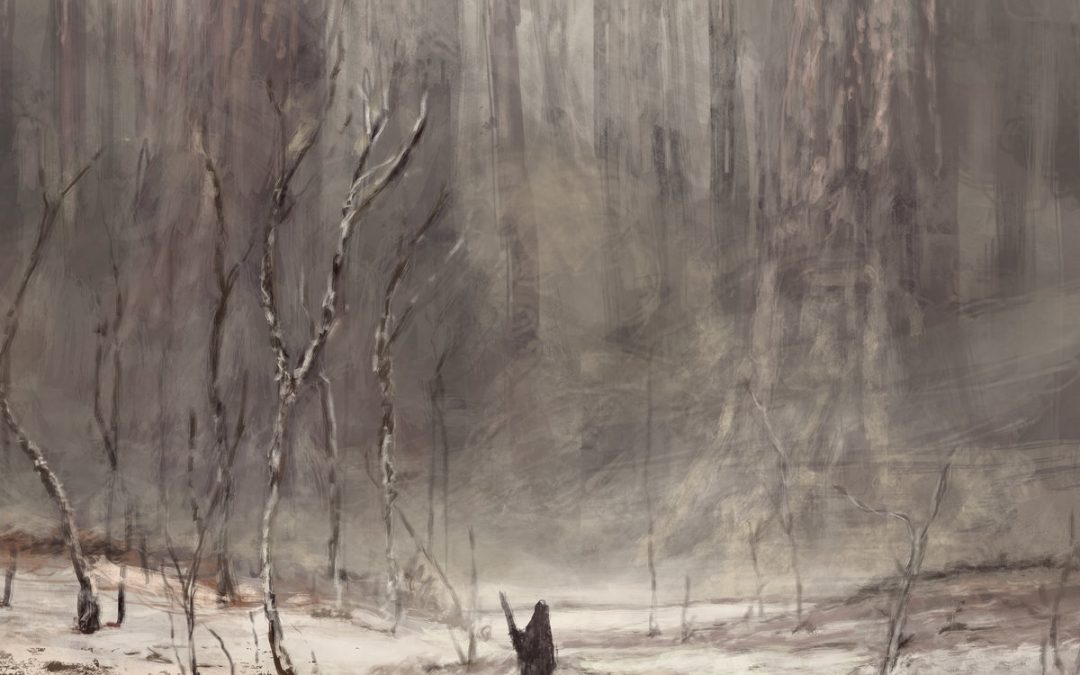 Bròn is a one-man atmospheric black metal outfit, where everything is provided by Krigeist, who is certanly buys as he is in a host of other groups as well, some of which follow the same vein (Barshasketh, Belliciste, Devoveo, Dunkelheit, Nadsvest, Ophidian Coil, Sluagh, Svartgren, ex-Cathedra, ex-Blood of the Moon). All ones needs to do to really understand this album is to look at the cover art, as that tells you all you need to know, in that we can see lonely traveller out there in the cold, trudging along with just a staff for company. He is cold, the night will soon be driving in, but will there be any safe haven for him?

I have not come across any of Bròn’s other albums, but this is the sixth full-length in quick succession, which is quite something given it is the work of just one person. There are only 3 tracks but given that each of them is at least 16 minutes long, as still have an album which is more than 52 minutes in length. As with many atmospheric black metal albums, there are sections in the songs which if played in isolation would give a totally different understanding of what this is about, and here that tends towards classical soundscapes played on keyboards. This is where he can show his thoughtful side, and while it is much lighter than when he is blasting through on guitar, there is always the feeling that this is just an interlude, although still dark, cold, and unpleasant. There are times when he is approaching the music like classic Burzum, allowing the atmosphere to build but never really becoming too ambient, and allowing it to continue even when the guitars are sweeping. As one might expect, the vocals are kept somewhat towards the rear, so that they become part of the whole, but are still an integral part of the overall effect. This does not sound like a modern black metal album from Scotland, but rather something that was coming out at the birth of the sub-sub-genre and is all the better for it. Fans of atmospheric BM could do well to look this up.