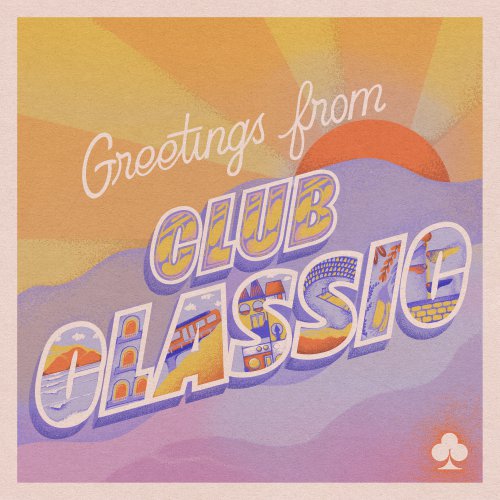 {Club Classic} like to portray themselves in photos as being an interesting bunch of jokers, and indeed their Facebook page says, “Welly’s favourite grass roots sports club + indie-funk band hybrid”, but don’t let any of that fool you, as when it is time to start playing music these guys are serious, and seriously good. This 13-minute-long 3-track EP finds them demonstrating just how slick and powerful they are, with different styles of funk and soul.

Interstellar kicks it off, with a strong bass line, and a groove which makes the body move as if it has a life of its own, there really is no choice. This reminds me so much of the classic Seventies pop hits, with that disco/funk guitar sound we all remember so well, harmonies, a great lead vocal, shimmering keyboards and hooks aplenty. As well as a great performance and arrangement, special mention must also be made of the production which makes this feel like a topflight release as opposed to an independent.

Last Chance Dance slows it all down with a strong bass line and plenty of space in the arrangement, allowing Joe to take centre stage in this funky R&B ballad. It opens up more in the chorus than in the initial verse, but the approach with electronic piano keeps it in a far more controlled and sedate manner, and again so layered that the harmonies remind the listener of classic 10CC. It is quite different indeed to the opener, allowing the listener to just luxuriate in the soulful sounds.

Then we end with Top Down, which is surely the last number of the night when they play live, as this is a Stevie Wonder inspired masterblaster. We even get some radio presenters discussing the weather at some point, saying how Wellington is going to get to 28 (ok, so that is obviously fiction, Welly is the only place in the country where the rain not only travels horizontally but around corners), and this fits in perfectly with the postcard theme of the cover, and the sheer boisterous fun of this number where everyone gets up and has a bop.

All three songs are summery wonderful numbers guaranteed to get people up and on the dance floor, with Top Down also getting people to join in the chorus and having a great time. This release was originally tied in with a tour which has now been delayed due to Covid, so until they come to town grab this, and turn it up, and the party will be at your place.