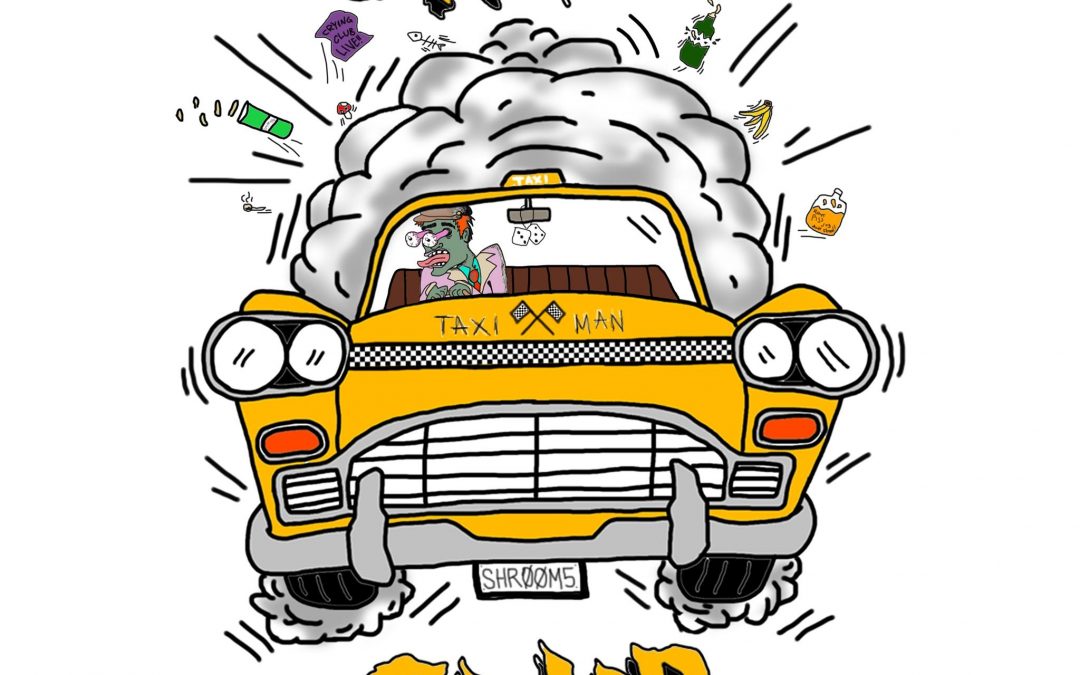 {Crying Club} were formed in Wellington at the start of 2021 by friends Sean Beales (drums), Chrissy Pantelakis (bass) and Datu Beech (vocals/guitar), with the stated intention of starting a new emo movement in the capital! They have been gigging over the last few months, mainly in community halls and house shows, but of course that has now stopped with NZ back in lockdown, so it is somehow fitting that their debut single was written after the first lockdown and is about feeling anxiety on a night going out to town, and the taxi drive has them wondering if they should just go back home. Lyrically it is right on the money, as social interactions have changed with the introduction of Delta, and people are far more concerned about being around others. The three of them are musically very tight, and the song really bounces along in an interesting Eighties indie fashion, and while they say they are influenced by The Used, there is definitely plenty of Blur in here as well.

As the song progresses, they increase the intensity, and the additional guitar on top of the buzzsaw works well. One thing which really works in here is the way they break the onslaught to allow Sean to release some venom into the microphone, after which the guys kick off even harder. It is one of those numbers which sticks in the brain, and although it doesn’t overstay its welcome at just 2:35, it also feels well rounded, and that the length is about right. Perhaps unsurprisingly the video is a mixture of live performance (recorded in a garage) and the three of them in the back of a taxi miming along. The result is effective, and while it may not be the most expensive video ever recorded it fits in well with the style of the music. It is going to be interesting to watch how these guys follow this up.