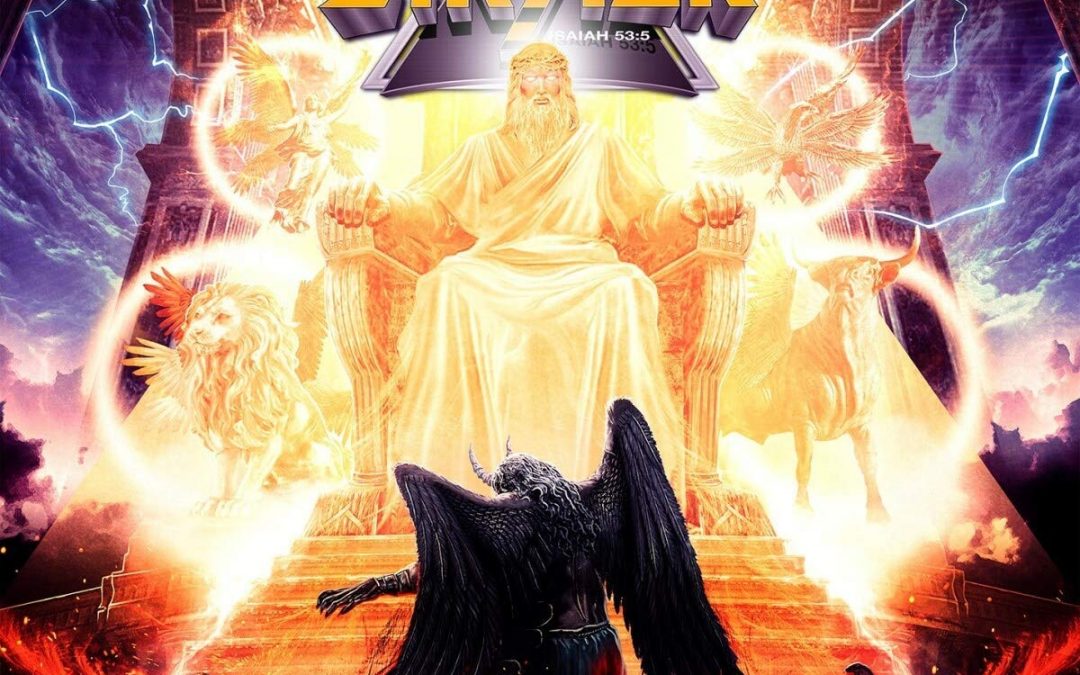 I’m not really sure what is left to say about Stryper, who have remained true to their goals for most of their career. Back in 1983, when they were known as Roxx Regime, they released a six-track demo, and three of the four participants are still there today, namely Michael Sweet (vocals, guitar), Robert Sweet (drums) and Oz Fox (guitar, vocals). There was a point recently when the band went on hiatus due to the other founder, Tim Gaines, having some personal issues and at that time Michael said the band would not perform as Stryper without him. Obviously there has been a rethink, as he has now been replaced by ex-Firehouse bassist Perry Richardson.

I first came across Stryper not long after the first two albums, ‘The Yellow and Black Attack’ and ‘Solders Under Command’, and even managed to get their 1985 video ‘Live In Japan’ when it was released, but by the time of their third album, ‘To Hell With The Devil’ I felt they were incredibly formulaic and that view has not really changed in the intervening years. Christian preaching lyrics? Check. Hard rock which is melodic but never likely to frighten the faithful? Check. Loads of harmony vocals? Check. Songs which are fairly enjoyable while they are playing but instantly forgettable as soon as they are over? Check and check.

Stryper’s formula has been successful enough over the years for them to reform a few times and keep it going, and there is no doubt that within the mainstream they are the most visible Christian rock band out there. Undoubtedly this will appeal to those who feel that Christians should not listen to any type of secular music, and may even get a few non-believers intrigued, but there is little to really distinguish this from any of their other recent albums. Pleasant enough to listen to, but nothing here to drag me back into playing it again.