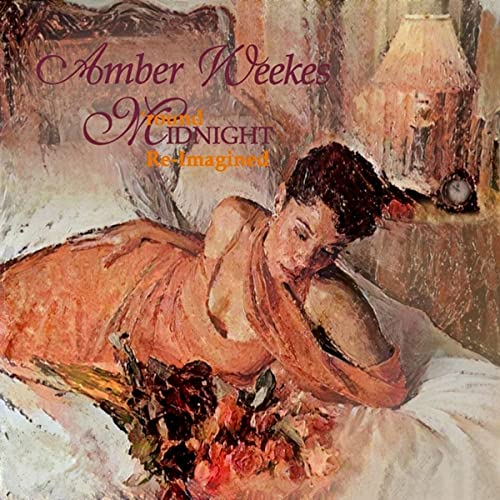 Apparently, this album was originally released in 2002 as a promo for clubs and festivals, telling stories which Weekes heard when growing up. It has now been remixed, remastered and re-orchestrated, and made available to the wider public. Her paternal grandparents owned Weekes’ Luncheonette in Harlem and were viewed by her father as the king and queen of Sugar Hill. Certainly, the family had an impact on a young Sidney Poitier who first met Amber’s Aunt Dolores when she was waiting tables there, and they ended up being engaged (there was no marriage as Amber’s grandmother did not want Dolores to have to support a starving actor). This album is a tribute to Amber’s father, Martin Edward Weekes, who turned down a recording contract and pursued a career outside music, yet kept telling her the stories.

Unlike the other two albums I have heard of Amber’s, this feel special, with arrangements that are perfect for her voice as she moves through multiple styles from straight jazz into bossa nova and others. She swings when she needs to, lights a torch at others, always driving on and moving effortlessly from one song to another. She does include some classics, such as “Summertime”, and one can feel the emotion and passion within it. Whereas I felt somewhat ushed away by the other releases I have heard, this one caresses the ears and gentle beguiles the senses. Here we have a soft jazz album to listen to with eyes closed, being taken away on her voice. Restful, and gentle, this really captures her voice in the best light.