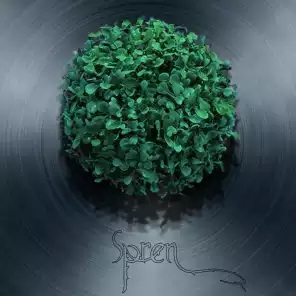 Spren is the latest release by Stealphish, the project run by multi-instrumentalist Josh Barker. Josh is well-known as a guitarist, and first came to prominence with the metalcore band Incarnium, where he wrote most of the material, and over the next ten years they released an album, toured the North Island, and opened for international acts such as Eminence and Anvil. While he was in the band, he also developed an interest in EDM and dubstep production, so he wrote a bunch of songs just for fun which helped him to learn how to use recording software. A band Incarnium had gigged with a few times called Antares one day messaged Josh, asking if he knew any drummers who would be interested in joining them, so he recommended his brother Dan. A year later Josh helped them to record their first EP, and although they all barely knew what they were doing when it came to recording music, they all clicked and had a great time doing it. After Incarnium had disbanded, Dan and the guys from Antares (who were now called Café Fistfight) decided they needed another guitarist and asked Josh to join, but with an already established songwriter, Josh still needed an outlet for his own material so decided to record some metal/prog music in his home studio.

This is how Stealphish was born, and Spren is the third release so far, and comes in at just under 8 minutes in length. Josh plays a 7-string guitar in Café Fistfight and utilises that here alongside a 5-string bass, while the drums are programmed. However, he had his brother Dan over to provide some advice on the sounds and rhythms, while he also asked Richard More (Thunderwalker, Full Bloom) in to undertake a guitar solo on the piece. The result is something which is incredibly atmospheric, heavy yet light, and full of dynamics. The drums sound as if a sweaty human has been involved, and overall, this feels much more like a band than a solo multi-instrumentalist project. The use of piano here and there alongside a synth backdrop provides additional depth to the arrangement and whereas some instrumentals meander on their merry way this has direction and purpose. Josh doesn’t hide his metalcore and shred background but embraces it and allows it to come through when the time is right yet also does not allow it to dominate throughout.

This will be of interest to fans of Tool, Meshuggah, Tesseract, Opeth and Karnivool, as it builds and moves, creating powerful dynamics.