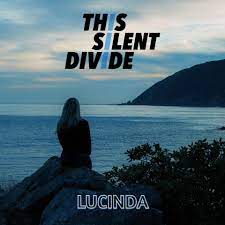 Formed in 2018, Wellington-based melodic rock band {This Silent Divide} comprise Shaun Jones (vocals, guitar), Kieran Williams (lead guitar, backing vocals), Peter Stitt (bass, backing vocals), and Sunil Jolly (drums). Lucinda is the first single from their forthcoming EP, Tall Stories, which they will be promoting with a North Island tour, and I am definitely looking forward to catching them in Auckland. What makes this song work so incredibly well is the arrangement, which has real depth within it as it flows, and a special mention should be made of producer Toby Lloyd as he has done a great job, allowing the band to really shine.

It kicks off with just some gently strummed guitar, with loads of space, then the whole band comes in to give us a wall of sound before they all drop back to allow the vocals to take centre stage. Shaun has a wonderfully clear voice, and easily switches up into higher register when he needs to, while the harmonies coming in from Kieran and Peter are also incredibly important. When I first started playing this my initial thoughts were of Coldplay, due just to the way the band all comes together. There is a lot going on underneath the main approach, so concentrate on any particular element and one may just be surprised as there are times when the bass is playing very much up the scale to add additional bounce and contrast, others where the slight hits on cymbals or hi hat make that little difference, additional guitars there, or just the layering of the vocals. The result is something which is incredibly polished, and when Shaun lifts up to sing “It’s cold outside” with that slight edge, it is very powerful indeed.

Inspiration for Lucinda comes from the story of someone who clawed their way back from a dark place of isolation, and that combined with the melodies and performance makes this as standout track indeed. Roll on Ding Dong!!

Luicinda will be released as a single and video on October 1st 2021.