Catfish –Get Down / Catfish Live 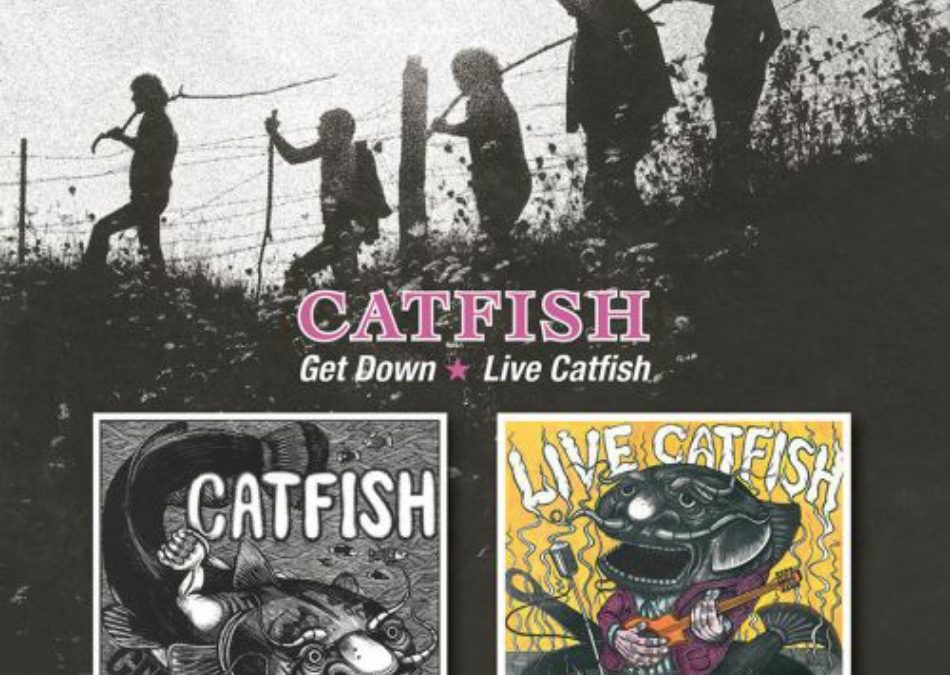 This is, on the whole, a fairly interesting double-album re-release from BGO Records featuring the 1970s band “Catfish who operated mostly in the Detroit area. The two separate CD albums that comprise this package are distinctly different from each other in terms of musical content and style. Even the lineups, besides frontman ‘Bob Hodge’, comprise a different set of musicians.

The first album in the package, entitled ‘Get Down,’ is a veritable mixture of rock, country, boogie and blues orientated music with elements of a progressive rock edge that was performed with great style and panache. The variety of music here is extensive and you can certainly sense they were having fun during this recording with a full-on sound incorporating spooky organ, barrelhouse piano stylizations’ and neat bluesy guitar throughout. Vocally blessed too by having such a classy frontman in Bob Hodge whose powerfully gruff bluesy delivery gave the band (Catfish Version 1 ) a true sense of style, energy, purpose and band unity. A thoroughly enjoyable album which as a separate unit to review would of got a higher rating from me of 4/5.

Whether the direction of the music following ‘Get Down’ was quite the route wanted by ‘Bob Hodge’ at the time, but the music in the second album of the package changes completely from a delightful melodic drenched offering over to a much harder Chicago blues-based style. The band dynamics also changed with a new group of musicians (Catfish Version 2) surrounding him seemingly in a support role only. The second album is a live recording made at the Eastown Theatre Detroit and as mentioned above is a performance of full-on heavy blues with ‘Bob Hodges’ now very much  at the fore with a more forceful rasping bluesy exaltation leading on the crowd with both song and over-long drifting innuendoes. This second CD, in my opinion, lacks variation, with the band obviously acting purely as a musical accompaniment for the frontman.  Generally, each number sounds very much the same and the lengthy verbal exchanges with the audience are a trite boring. But, not to do the support band a disservice, there is plenty of great guitar and keyboards to enjoy which in fact, rescues the live performance CD from being mediocre up to the state of being quite listenable.

I would certainly purchase this Catfish package but only on the basis that I would treat the live session as a bonus to the excellent more melodic and less vocally strained first album.

Summary: A tale of two albums the first of which is about a unified brand with a solid frontman and the second which is a solid band in support of a frontman.

Tracks for Get Down ;-

Line Up For Catfish Live CD 2