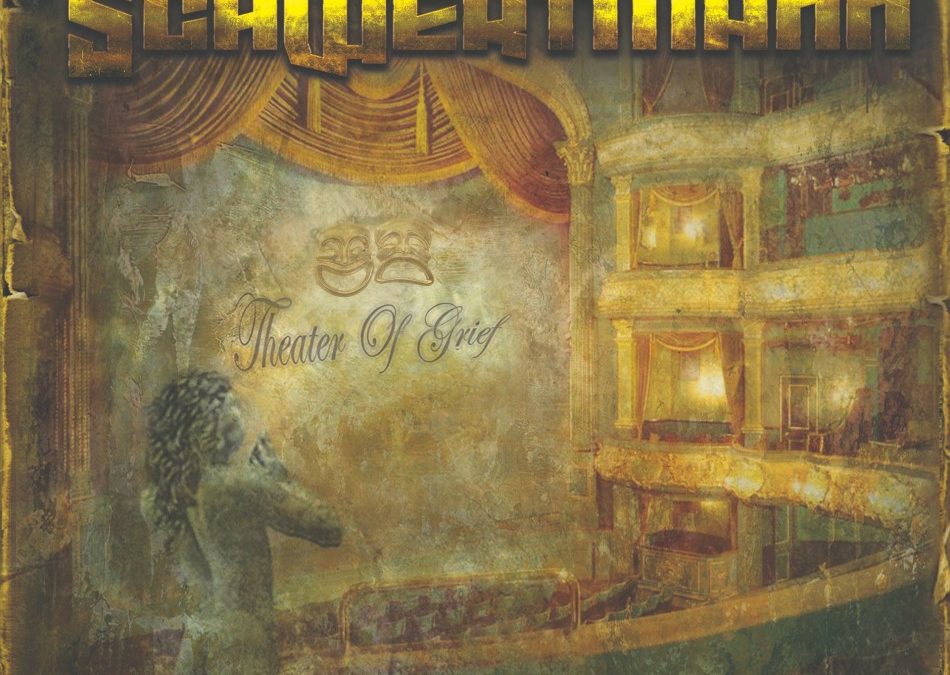 Bart is available for the press via mail, chat or phone.
If you are interested in setting up an interview, please contact us via:
contact@idvi-agency.com

Under the project name SchwertMann, 51-year-old singer, songwriter, guitarist and bass player Bart Schwertmann has released his solo concept album entitled Theater Of Grief.
Bart Schwertmann is the current frontman and lead singer of the legendary Dutch progressive rock band KAYAK.
When Covid kicked in and all gigs were cancelled, SchwertMann decided to use this unusual time of no touring to go into the studio and fulfil his long-cherished bucket-list wish: finishing and recording his concept album that he had already started writing before the pandemic.
Together with his producer Niels Lingbeek and with the help of some good musician friends in other studios, SchwertMann managed to achieve this goal during Covid’s lockdowns.

Theater Of Grief contains prog, heavy rock and melodic songs characterized by dynamic vocal contrasts and depth.
During the recording of the album, SchwertMann pushed his vocal boundaries, resulting in some of the best vocal tracks of his career.

Theater Of Grief is out via GlassVille Records.

Bart Schwertmann came from a very creative family. Bart’s quality is music and singing in particular, as it turned out at a very young age. He won his first talent show singing when he was 6 years old. Later, at the age of 12, he started taking guitar lessons and joined a music association.   At the age of 17, Bart started writing, playing bass and singing in his first band called Galaxy. Galaxy made old school Symphonic Rock Music during those days. Besides a number of cassette tapes, Galaxy recorded a vinyl single called Rock ‘n’ Roller, an EP called Back Before The Storm, and the previously unreleased full album Runaway Men. During his ‘’Galaxy’’ period Bart decided to take singing lessons, the best decision of his life, as it turned out. Bart first took classical singing lessons from an opera singer,  did this for 4 years. After that Bart took lessons from another vocal coach who taught him more about the pop music way of singing.

In the late 90’s Bart decided to make singing his profession and he started singing in the professional cover scene of the Netherlands.
This meant the end of Galaxy for Bart.

albums.  Vanderlinde supported Fish during his Movable Feast Tour.
Approaching his 30th anniversary as a musician, Bart started writing his own music and lyrics again, occasionally releasing some singles.  Bart also started working on a solo album which later became the album Theater Of Grief’.
Just when he was thinking about a new step in music,  Bart received a message via Facebook messenger from Ton Scherpenzeel, asking if he was interested in auditioning for Kayak.  It turned out to be a good match between Bart’s voice, his way of singing and the legendary music of Kayak. Within 4 years Bart recorded two studio albums with Kayak (Seventeen and Out Of This World)  and one double live album (Kayak live 2019). Bart also did several tours with Kayak through Europe.
From 2019 Bart became a vocal coach at the Noorder Muziek Instituut in Groningen.
Besides that Bart is now often asked as lead singer in rock operas such as Medea’s Fate Symphony, The Samurai Of Prog’s Lady and the Lion and Cyril Whistler’s Tears or The Wolf project.

When Covid kicked in Bart decided to take this unusual time of to finally finish his solo album Theater Of Grief, collaborating with his producer Niels Lingbeek.
Theater Of Grief is going to be released on November 5th 2021 on GlassVille records.