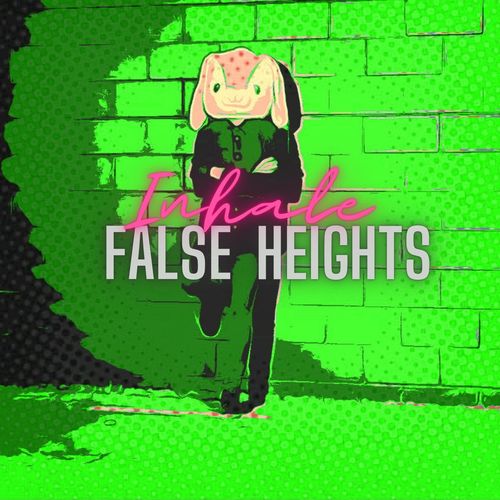 Inhale is the third single from Taupō based duo {False Heights}, April Pirie (vocals, keyboards) and Ashley Pirie (drums, guitars, vocals). They say they are inspired by a wide range of artists (Jimmy Eat World, The Cranberries, Taylor Swift, Bring Me The Horizon, Sigrid, Blink 182, Lorde etc.) and they like to mix together many forms of music with a pop sensibility. For this release they have brought in a substantial amount of upbeat reggae but temper it with plenty of pop which reminds me of a female-led commercial version of classic UB40, except with just two musicians. It must be said that it doesn’t start well, with some rather twee keyboard sounds which makes me think of an Eighties video game. The guitar comes in over the top, and soon we are into something which is far more interesting.

It is always nice to hear a duo using acoustic drums as opposed to a drum machine, and this helps give the reggae a nice solid foundation, while Ashley also has a warm and rhythmic touch on the bass. He also provides some nice jagged and jangly guitars (we even get a small but perfectly formed solo), while April provides the underlying melody, often holding down chords which allow the rest of the music to layer on top. While the accompaniment is pleasant, what lifts this are the melodic, clean, and clear vocals of April which are poppy, yet also have a realistic edge to them as they have not been smoothed too much. The vocals have deliberately been placed right at the foreground, yet all instruments are clearly defined which really adds to the clarity and punch, with the song becoming far punkier until it climaxes. It ends with the same dated sounds it begins with, and to be honest I could have done without them altogether, but the rest of the song is pleasant and surely destined to be a Summery radio hit.