Jackie Bristow: Without You (2021) single 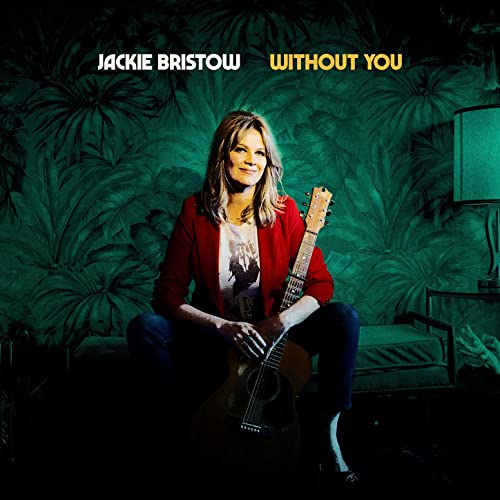 Here we have the latest single from Nashville-based Jackie Bristow, and no-one coming across this for the first time would realise that she hails not from America but from Gore, a small town towards the bottom of South Island with a population in the district of just 13,000. Mind you, one of Gore’s claims to fame is that it is the centre of Country & Western music in Aotearoa, which obviously had a huge impact on Jackie in her formative years. Taken from the forthcoming album Outsider, it commences just with Jackie and her acoustic as she has been thinking about the person she is missing. It doesn’t take long for other instruments to gradually join in, but it is always the acoustic which is at the heart of everything. The percussion is gentle, the electric guitar gently picked, and the bass barely being touched, with the pedal coming in during the chorus.

A wailing electric guitar fades out in time for the second verse, where the mood is more upbeat, a banjo makes its presence felt, strings enter, along with harmony vocals, and the song just swells and takes on new life, with different players being given the opportunity to add their mark. One of the real joys of this song is the arrangement, and at one point everyone drops out apart from Jackie and the strings, which totally changes the dimension and attack. There is a life within the song, an ebb and flow, taking us on a real journey in under four minutes. It is multi-layered, so the more one listens intently to it the more there is to take in, yet all times it is Jackie’s clear vocals that are the front, telling us how much the world loses its colour without her lover.

This theme is carried into the video which commences with Jackie sat on a bed in an austere room (I got the impression it was a hotel, carrying a feeling of remoteness and travel with it), playing her guitar and singing, looking at the window where we see some images of the person she is missing, in colour. The colour comes and goes through the video, where we also see Jackie outside, yet it is often muted or in just one area, which again adds to the poignancy of the lyrics. The production and performances are top class, as one would expect from the involvement of producer Rick Price and orchestrator Kristin Wilkinson, and played beautifully by Fred Eltringham (Sheryl Crow, Carrie Underwood) Dan Dugmore (James Taylor, Linda Ronstadt) and Kristen Wilkinson (Chris Stapleton, Neil Young, John Prine). But while the accompaniment and production are wonderful, this all revolves around the wonderful vocals of Jackie and this lovely song which soon buries itself into the brain and stays there.