Virginia and The Slims : “Busman’s Holiday” 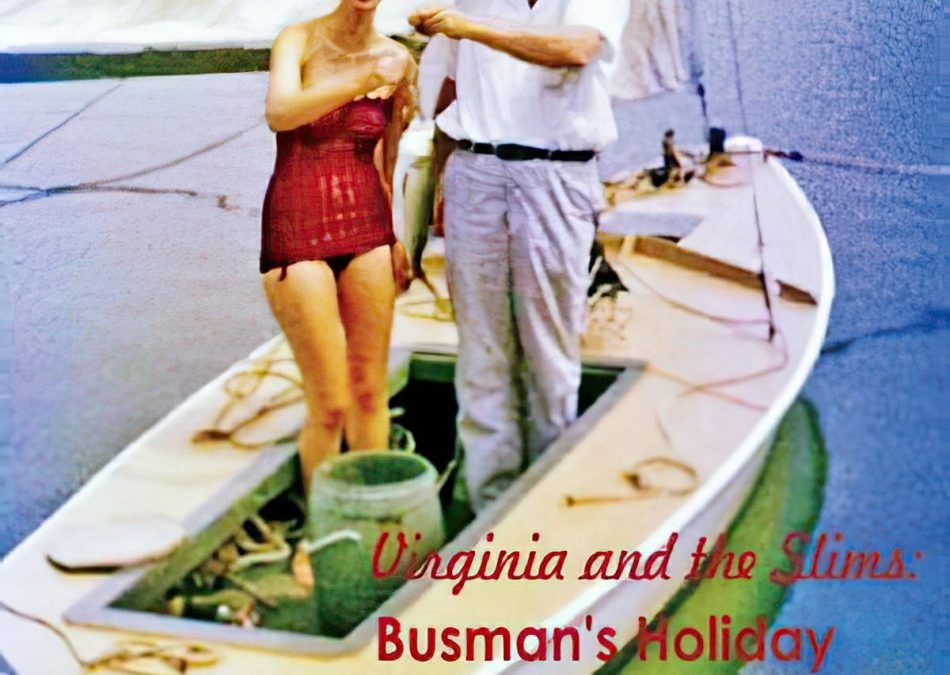 By glassonyonpr    For Immediate Release

Says the band, “The CD seeks to bridge and capture the nostalgic vintage of jump blues with new song material. We even insisted on using a vintage photo for the cover art.”

Virginia and The Slims started in the Summer of 2013 with Virginia DeMoss on vocals, Perry Lavin on drums, James Kamp on tenor sax, Harry Schaefer on bass, Ginger Drake on alto sax and Sean Anderson, on guitar. Virginia’s husband came up with the name and the band loved it.

The idea was to play blues but to play songs people would respond to, especially swing or jump blues as no one else locally was focusing on that. Eventually, Virginia left to start a family, Ginger left for Nashville, and Perry and Harry left to pursue their first love, Indian classical music. James and Sean reorganized with Sid Heilbraun, a rock-solid bassist, and Brian Gant, a Nashville pro on drums. Rebecca O’Quinn came on board as the new singer. After about a year she left, and the band met their current vocalist, Joanna Best. Joanna can bring across old-time blues like no one’s business and has a great disposition. Then Virginia and The Slims added a long term friend and killer harmonica player, Bill Mattocks as well as saxophonist Vinny Corda and Marco Noto on drums. Howie Neal joined on Guitar, John Davis on Bass, John Barrett on drums for the recording of the CD.

“A highlight of ‘Busman’s Holiday’ is the Kamp composition ‘Let it Go.’ With a saucy melody and a familiar blues structure, the song showcases the straightforward simplicity of Virginia and the Slims’ current configuration. The tune has been in the band’s repertoire since at least 2016, but the new recording takes the song at a faster tempo and showcases newest member Neal’s lead guitar skills.” – Bill Kopp, Mountain Xpress

In support of the release of the “Busman’s Holiday” album, Virginia and The Slims have taken a mini-tour across NC with backup guitar by Charlie “Mojo” Rapp and Charles Singletary on bass. Currently, Charlie plays bass and Charles plays keys. The band’s calendar stays relatively busy with local venues. Plans to travel more and play festivals are currently in the works.

In closing the band has this to impart, “We will keep playing so folks can dance and enjoy blues-based music that is upbeat.”