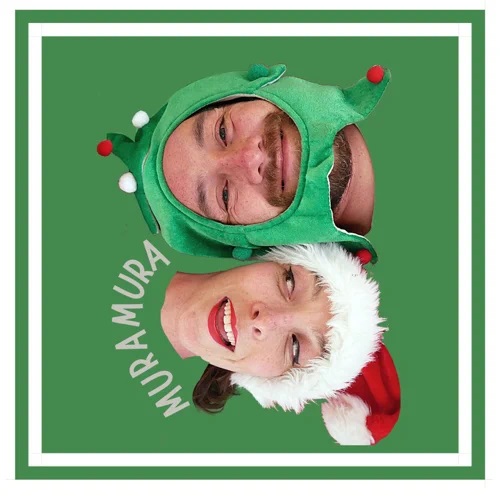 At this time of the year, it is common to look back and think about what we have experienced, and while anyone living in Auckland will happily complain about the last 3+ months (with good reason), we were all able to experience live music earlier in the year if we so wished. One of the highlights of 2021 for me was seeing Aro at Auckland Folk Festival, and since then I have been busy discovering their music. I was so looking forward to seeing them play again later in the year, but the re-emergence of COVID meant their national tour was cancelled, so instead they spent it instead with their young daughter Olive. Part of being at home meant they had more opportunity to record, so they will soon be releasing a bilingual 3-track EP called Christmas at Home, written, and recorded from their home studio in Pukekohe.

Ahead of that they have released Muramura as a single, a song performed totally in Te Reo. Muramura means to be glowing, bright and colourful, and this is about the joy of counting down the days to Christmas, and the hope of getting to be with loved ones at this special time of year. In many ways, these three minutes capture all I love so much about these guys, and if anyone wants to understand Aro then this is the perfect place to start. For the majority of the song the only instrument is Charles’ acoustic guitar, although we do also get a picked electric near the end for a festive solo, while Charles and Emily allow their voices to combine in a perfect duet throughout. It all starts quite gently, but soon we have additional multi-layered harmonies coming in behind, allowing the music to swell and build. Thanks to the joy of multi-tracking, we soon have numerous Emily’s and a few Charles, and each layer adds another comforting blanket of sound. Soon, the listener is wrapped in the voices, and all that exists is Aro, and nothing else, as we are transported away.

I am really looking forward to hearing the EP and can’t wait to catch these guys in concert again, but until then this is a real Christmas present from Aro to us, and at the very end they wish us “Meri Kirihimete!” Thanks guys, and the same to you.