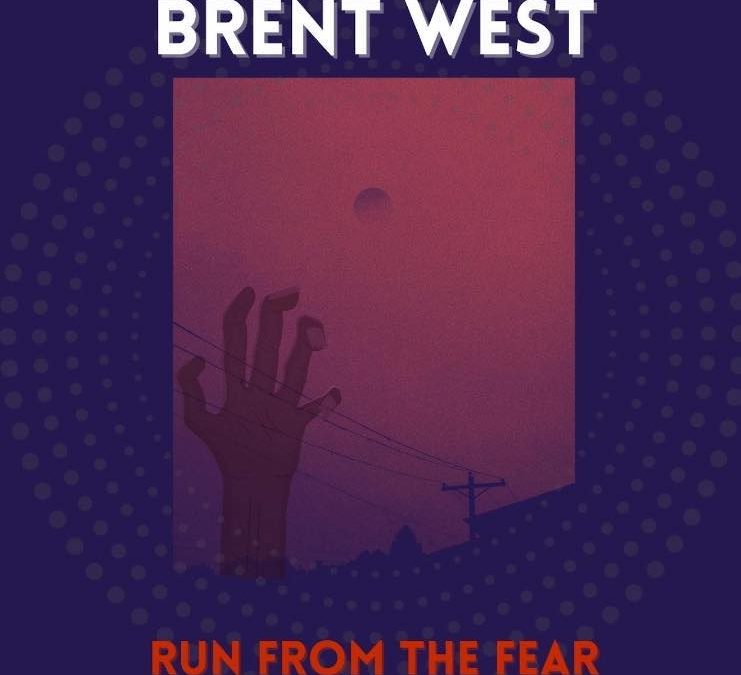 It has been a couple of years since the last release from South Auckland boy Brent West, but he is now back with his latest single. Run From The Fear is fairly lengthy for a single, at more than 5 minutes, and is packed full of emotion and angst. It is reminiscent in many ways of the early Eighties when U2 and Simple Minds were starting to break out and create songs which were packed full of atmosphere which also brought in a lead guitar line that was strident throughout. Vocally, Brent sings in a melodic but lower register which makes that guitar punch even more, while the arrangement is heavily layered and deliberately coming like a wall of sound out the speakers. The bass is good and rich, while the drums also tie in well, and together they provide the foundation so that one does not notice how little rhythm guitar there is in the rest of the track.

This starts slowly with the lead guitar making its presence felt right from the beginning, but gradually Brent comes in with the vocals, and the band come together. To be honest, I am not sure if this really is a band as Brent is a multi-instrumentalist, but it is quite possible that he has undertaken everything himself, even though it does sound like a group performance. The main issue with this song is that it appears to have been stretched in length and there is quite a bit of repetition. While this may well work in a live environment when the audience are behind it and joining in, in the clinical studio setting it does not manage to maintain its vitality throughout its length and fizzles out at the end instead of finishing with a bang. This would be better if it was edited down, but even as it is this is an interesting listen.