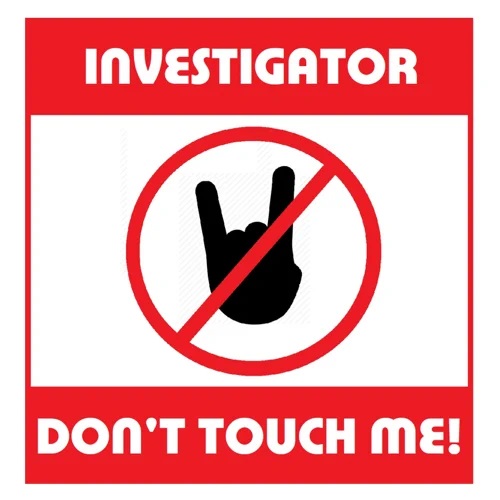 Earlier this year Investigator made it into the official NZ charts for the first time with Lake of Eyes, a wonderful achievement for a fully independent self-funded outfit. Since then, there has been the minor issue of an Auckland lockdown which prevented them from building on that success on the live circuit, but now they are back with the next single. In these days of plasticity, everything sounding way over-compressed and synthesized within an inch of its life, this is not so much a breath of fresh air but a gale blowing through the scene. This has absolutely nothing in common with the music of today, but is deep in the Seventies and Eighties, even down to mixing the guitars in different speakers so one can hear the separation between Adrian and Adam. David and Craig keep it tight at the back, nothing fancy (apart from wonderful harmonic bass right up the neck), allowing the two guitars to crunch along.

There is a powerful anthemlike quality to this, which manages to combine elements of Hello Sailor and Th’ Dudes with The Knack and even Sham 69. It has that fierce punk/power pop/rock feel to it which makes the listener want to punch the air and shout out the chorus. The sound is huge, a proper guitar band playing music with real hooks which would not sound out of place on drivetime radio yet is also guaranteed to be a hit in the clubs and pubs. Adrian has adopted a sneering vocal style on this, which fits in perfectly with the staccato riffs, and when they get to the chorus the music unfolds and one realizes that until then the band have been holding back, but even then they don’t go all out, as there is not the need. I was fortunate enough to see the guys play earlier this year, and only hope it is not too long until I see them again, as this is a real banger.