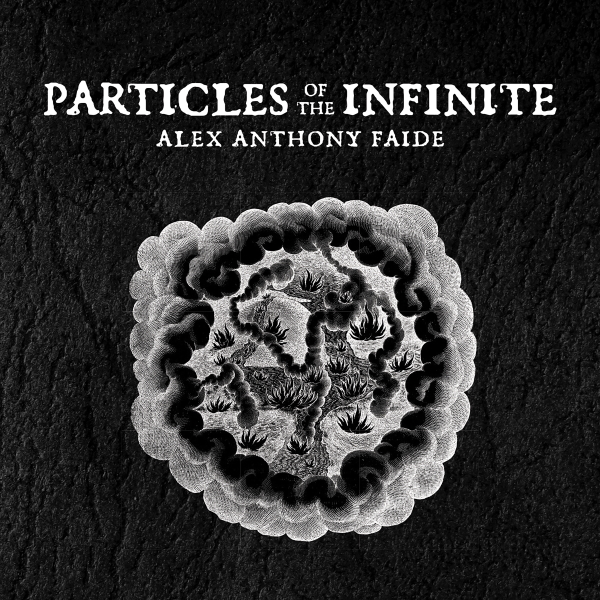 “AAF plays my guitar parts better than I do.”  – Robert Fripp

Originally from Buenos Aires, Argentina, Guitarist/Composer Alex Anthony Faide has a decades-long international reputation for being the secret weapon in rock recordings, arrangements, and stage productions in Europe and Latin America. Now based in Seattle, WA, Faide will release his long-awaited solo record – “Particles of the Infinite” – a display of guitar pyrotechnics in nine parts, in March 2022 on Trey Gunn’s label 7d Media. Inspired by and developed from concepts found in songs such as King Crimson’s “Fracture” and “Lark’s Tongues in Aspic,” Faide takes the work beyond the stratosphere into the mirror dimension to find something completely his own. In the words of his mentor Robert Fripp, “AAF plays my guitar parts better than I do.”

Says Alex, “It is difficult to determine the true origin of this work, though it stands undeniably as a tribute to my guitar instructor, life mentor, and friend, Robert Fripp. Ideas and compositions started taking shape in April 2016 in response to a challenge set forth by long-time collaborator and life brother Steve Ball (League of Crafty Guitarists, Electric Gauchos, Prometheus) to come up with my own version of King Crimson’s ‘Fracture’ and ‘Lark’s Tongues in Aspic.’ Mr. Fripp’s writing and guitar work in these monumental pieces strike me as expertly unique blends of influences in contemporary electric guitar repertoire, which inspired me to dive deeply into my own voice and personal practice to accept the challenge issued.

“What sparked my interest the most was the notion of a fierce, heavy rock attitude and sound, executed with pristine precision in a contemporary classical music tradition on an electrified instrument. I am mesmerized by the section of “Fracture” known as “Perpetuum Mobile” and with the guitarist’s capacity to execute intricate parts in an effortless fashion with a triangular plectrum. The challenge to evoke such intricacy seems to me both impossibly fragile and risky.

“Once the embryonic emergence of ‘Particles of the Infinite Parts I through III’ began to take shape, it became clear this was going to be a full-length record and require a full nine parts to complete the body of work I set out to explore. ‘Particles of the Infinite’ sums up 30 years of personal development and research on the guitar, derived and gleaned from direct guitar instruction as part of Guitar Craft, and the live practice of experiencing life as an international touring musician in myriad genres and settings. I traveled almost monthly between Argentina, Mexico, and the US from 2017-2019, developing this work between shows and collaborations, in hotel rooms and airbnb’s, with recordings intermittently in Seattle when the moment allowed.”

The 9 frameworks that make up “Particles of the Infinite” are presented in triptych (Pt. I-III / Pt. IV-VI / Pt. VII – IX) each containing particular techniques (alternate and cross-picking, stamina, release and flow for the left hand, exploration of diminished /symmetric scale relationships, rhythmic displacement & vector harmonization) – and interpretations of various themes, motifs and passages. There are many convergences imprinted in the music, playing style and overall tone.

Says Alex, “Obviously part of the material stands as a tribute to Fripp, however, I am always pushing towards my own musical horizon and following the demands of the Muse. I hear it as ‘gold panning’ in musical form. One could arguably call this record “just a fancy collection of chops”…and I would happily agree with that. But I regard these techniques and interpretations as a cross-pollinating and ever-evolving body of work that points to a larger idea in the ever-expanding continuum of the electric guitar. Above all, these techniques are simply a means to an end, the end being the ability to let the music speak freely and continually in real-time.

“It’s interesting to experience the evolving arc throughout the whole record start to finish, personally it represents a sort of a surprising navigation chart helping me (and hopefully the listener as well) to find a centre of gravity amidst the storm. May the Higher Powers grant Us the Patience to endure and the strength to persevere. As they say: Ad Astra per Aspera.”

All tracks were composed and performed by Alex Anthony Faide on electric guitar and bass.