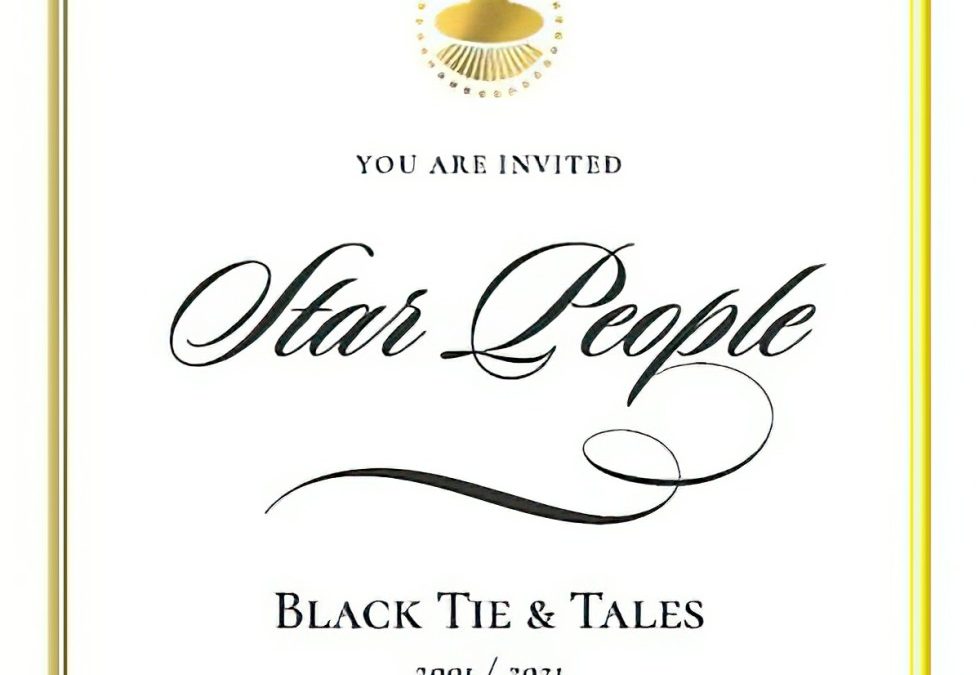 Album number 3, “Black Tie & Tales” would tie up neatly the heart-rending, while the funny, story of the first “Star People” to trace the “SACRED SIGNAL” to its home planet. The new songs (Lorenza, watching “Dream Theater” perform their headline set once in Florida, said to bassist Randy Pratt “We need more gratuitous soloing”.) Dry sarcasm aside, when you’re right, you’re right. There’s more effort to highlight the band’s chops on #3 and some of their most sophisticated songwriting and lyrics. The future looked bright. Then, a series of the classic show biz brick walls were hit; unscrupulous management, personal tragedies and career choices…just like THAT it was over. Members adapted on so quickly, moving to other bands, moving to other states, there was barely any time to contemplate the masterpiece sitting, complete but for mastering, left behind in the studio vaults.

…UNTIL NOW! PEOPLE OF EARTH, BEHOLD! THE RETURN OF “STAR PEOPLE…Black Tie & Tales” a DOUBLE album in the era of singles only, where the hook must appear in 15 seconds or listeners’ attention drift back to their I-Phones, we give you an epic return to CLASSIC, BRAIN MELTING SCI-FI Progressive rock.

Double CD with turn-of-the-millennium remastered originals plus a whole second CD with new songs for 2021 with award-winning musicians on the roster!

For more information, a beautifully illustrated comic explaining the Star People story, videos, photos and past reviews, like us at Hyperspace Records Facebook page, then take the link to our website to listen to all four Star People albums, FREE!:
www.HyperspaceRecords.com
www.facebook.com/profile.php?id=100063462463840