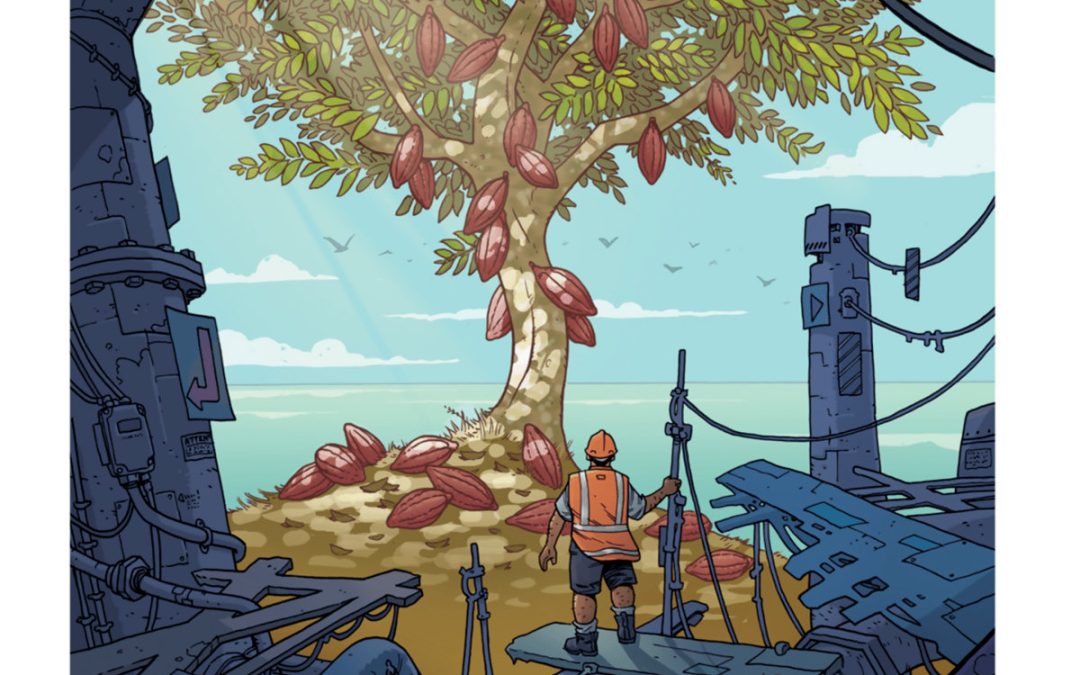 There are times when an album is put on, and the listener starts to smile virtually immediately, warming to what is going on in their ears and this is just one of those. I loved this the very first time I played it, and it has just got better each and every time since then. Here we have the second release from Silver Scroll nominee {Steve Tofa}, who wrote, performed, and produced this album in his home studio. Given that this sounds like a full band with multiple vocal layerings on top, all I can say is that he must be highly driven with a huge work ethic, much like the person he most reminds me of, {Troy Kingi}. Steve was born in Samoa, and when I asked him about the album title, he told me “Koko is Samoan for cocoa, and is a very popular traditional beverage we enjoy for social occasions, or as a accompaniment for desserts after feasting. It can be quite expensive to come by, especially if you live far from Auckland. Here in the Waikato, I equate anyone with loads of ‘Koko’ as ‘stacked’, in lieu of cash.” As for the second part of the title, “Koko Stax is a concatenation of stories, anecdotes and notes to self – loosely based on a character I created called ‘Leni Mafu’ (in the first year of my music degree – 2019) a freight, logistics and warehousing extraordinaire. The songs follow his life, love, and pursuit of financial success.”

Musically this is full of soul and heart, with a beautifully warm bass often at the heart of what is taking place, and he brings in electric guitar at times, while at others it is acoustic. We get glimpses of reggae, we get funk, real Seventies soul, Motown, all wrapped up as a complete package with those wonderful vocal harmonies. I hate to think how many times he must have vocally accompanied himself during the recording, yet there is always a freshness and life within it, the music and lyrics are never smothered. Lyrically we follow a journey, with the most poignant probably being Headlights On (Dawn Raid Lights), which is incredibly catchy yet telling the horrific tale of so many who were soon treated as overstayers and criminals. It is strange to realise that it took until 2021 for an official apology to be made to all those who suffered not only during this period but for years afterwards.

There is a real presence here, real depth for what is a thoroughly enjoyable album which is full of commercial numbers, any of which could easily find their place on the radio. The arrangements and vocals are sublime, with simple elements such as dropping most of the instrumentation away on Say It and allowing the vocals to shine showing real confidence. It is one of those albums where whatever song is playing is the current favourite, and one can only hope that this is a raging success and Steve pulls together a band to bring this vision to the stage as music as good as this deserves to be given the opportunity to breathe in a live environment.