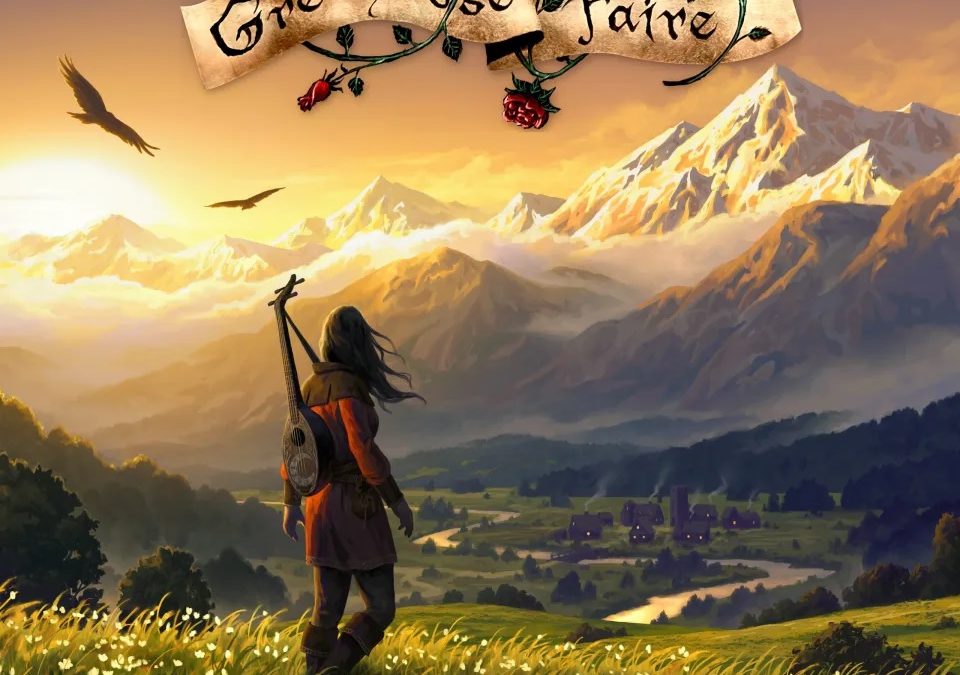 As with many bands, Greenrose Faire have worked with different labels over the years, but although I don’t have their debut EP or compilation, I have been fortunate enough to have reviewed all their studio albums and in 2021 they came back with their fifth. Just seeing the name Greenrose Faire makes me smile as there is a joy in their music as they combine Celtic and traditional folk together in a way which works every single time, and this is no different. There have been some line-up changes over the years but founding members Niilo Sirola (bouzouki, backing vocals) and Tomi Hyttinen (drums and percussions, backing vocals) are still there, as is the person they discovered to front the band and bring the music to life, Salla Rimmi. The line-up is completed by Hanna Heinonen (violin), Meiju Enho (keyboards) and Mikko Gynther (bass).

It is only when reading the small print on the booklet that one realises that Niilo adds another seven instruments, and Meiju a few more, and this allows them to broaden the accompaniment, although it is often the violin which takes the lead but at the front if Salla and her wonderful vocals. Historically I have said how this band remind me of Renaissance combining with Steeleye Span, but these days it is far more of the latter with some songs which are designed to be sat and listened to and others where one simply must get up and dance. I would love to see these guys play live as I can imagine their concerts are a riot of people reeling and having fun. Some songs, such as “Grateful for the Ride”, could easily be played on the radio with people singing along as this has a real groove and bounce.

Greenrose Faire have been one of my favourite folk bands since I first heard their second album back in 2013, which prompted me to look up the debut, and I have followed them ever since. They are a band out of time, as if they had been in England in the early Seventies then there is no doubt, they would be household names. Songs like “Henry Hard-Luck” have that wonderful sense of humour that comes through in some modern English folk, yet here is a band from Finland, but they certainly don’t sound like it. According to their website they are taking a break to recharge their musical batteries but let us hope it is not for too long as they consistently provide us with music of the very highest quality and this their latest album is a wonderful place to start if you are a folkie and you are yet to come across them. Wonderful.