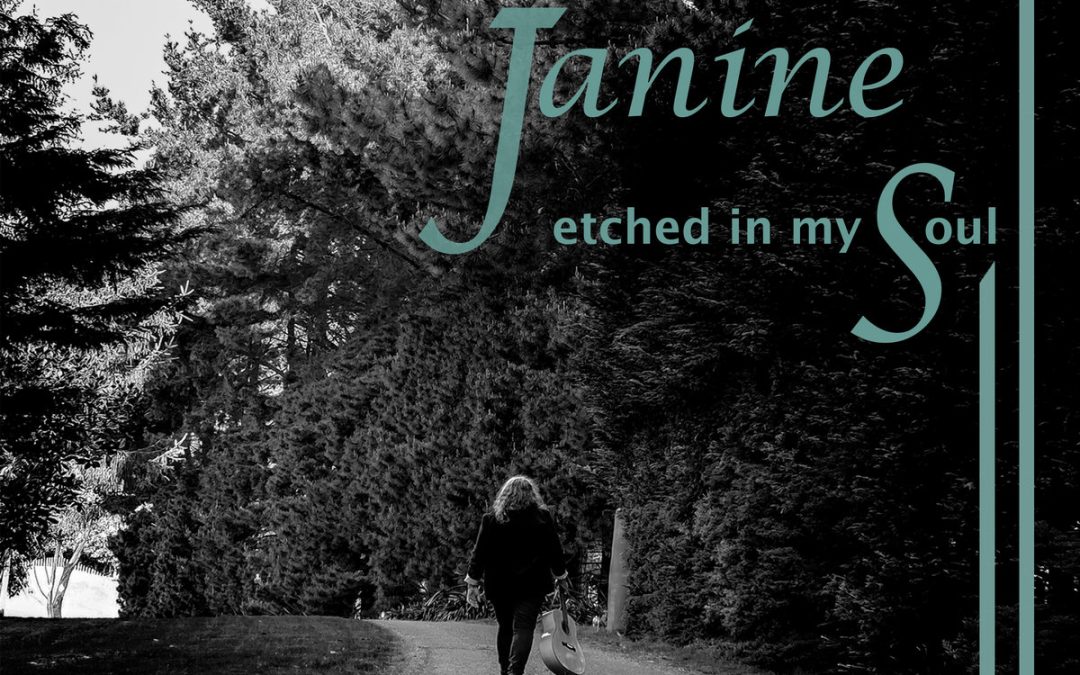 Janine in a Wellington-based folk artist steeped in the 60’s tradition of protest singers and environmentalism, and on this album, she is joined by Jack Binding (acoustic lead guitar, vocals), Kevin Ikin (mandolin, harmonica, percussion, backing vocals), Jenny Kilpatrick (bass, backing vocals), and Shaun Clifford (production, various instrumental overlays) while she provides vocals and acoustic guitar. On the rear cover she details what each song is about, the message she is conveying, while the songs always have her vocals front and centre, with others joining in on the chorus. Musically it is often strummed guitar as a base, a lead on top, and plenty of mandolin (which is always a good thing in my book).

Opening song, The Nation, is in many ways quite at odds with the rest of the album, and while I understand the rationale for having it first this may have been better as the closing track. This is Janine’s karakia, where she apologises for her ancestry which she describes as “Ngati Pākehā”, and the whole feeling of the first part of this song is more hymnlike than folk. The second part is the Te Reo version of our National Anthem, before she comes back into the song itself. Hearing it in this context does seem somewhat strange, and it did make me wonder what the rest of the album was going to be like.

In truth, the rest of the album is quite varied and different to the opening track, with some luscious moments here and there, and the bass on Where Has The Fire Gone is a delight, adding real warmth and depth to the lyrics where Janine asks why people don’t seem to protest anymore and how we need the younger generation to pick up the torch and ensure the world changes for the better. This is where Janine is at her best, with her passions there for all to see and hear, and one can imagine many of these numbers becoming singalongs when played in clubs. There may only be a few supporting musicians, but they ensure they keep mixing the accompaniment so one is never sure what the next one is going to sound like which keeps it fresh and interesting.

The acoustic/folk scene in New Zealand is certainly vibrant and exciting at present, and Wellington appears to be quite a centre for the genre, and Janine Mitchell is another name to add to the mix.