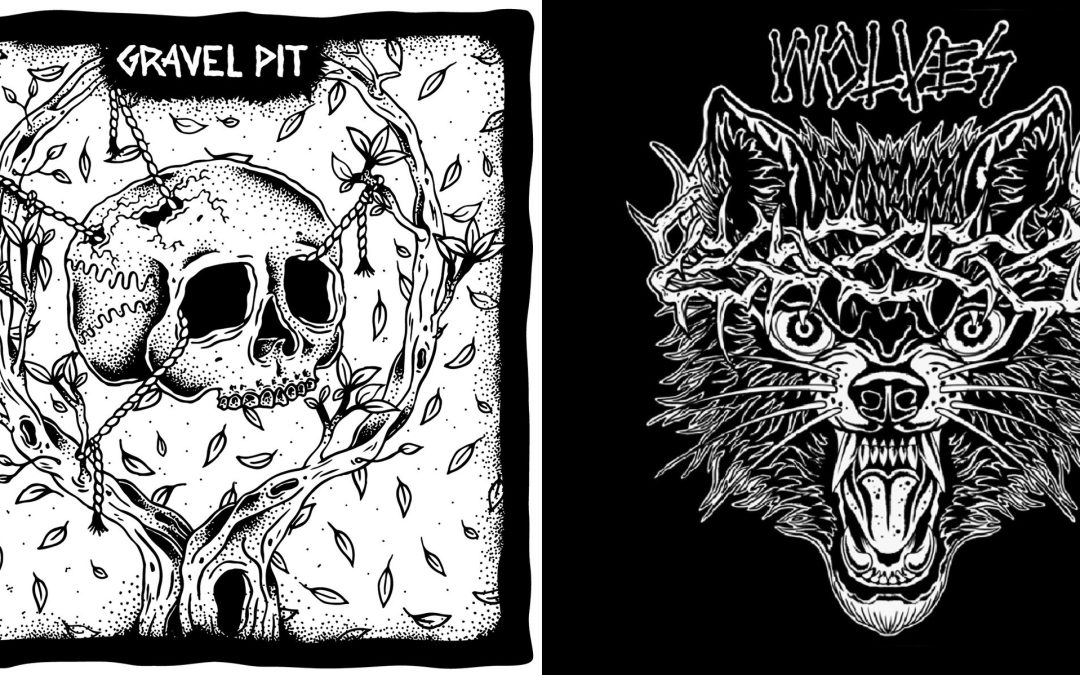 What we have here is a good old-fashioned split EP, something which I don’t get to see too often these days, bringing together two hard-hitting acts. Each band has one side, with three tracks from Auckland-based Wolves and two from Wellington’s Gravel Pit. This is the debut release from Wolves, a band put together by Angelo and Garth from Bleeders, and the quartet between them have played in the likes of The Burial, Evil Priest and City of Souls but with an abrasive raw influence, compared to such bands as Cro Mags, Madball and early Metallica. There is definitely that hardcore influence, but it is tempered with melodic metal and a strong production which bursts with energy. They bring in a groove and approach which is reminiscent of the likes of Life of Agony and Biohazard with that strong metallic/hardcore crossover which appeals to both sides.

Gravel Pit have been around for a little while now and have already released a few EP’s. They are coming into hardcore from the early Eighties Punk scene, and the production and approach is quite different. Something which is interesting is that they have a female singer, something which is not that common within the genre, but Bailey has just as much anger and angst as the next singer and here she spits venom while the guitars buzzsaw behind her. I would certainly be intrigued to see these bands play together as they would be perfect for Dead Witch so let’s hope that someone arranges that bill soon and get these guys up from the capital. Until then this 10-minute-long EP is a short, sharp introduction to two really interesting bands for anyone into hardcore.